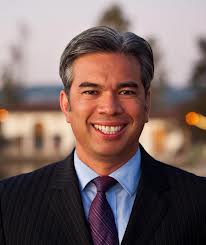 It was the heady days of the mid-1980s, and Prop 13 was something not too distant in the rear view mirror. It was 1986 to be precise, and the Legislature passed some amendments to the Government codes to clarify the status of parcel taxes. Except that the clarification didn’t quite actually clarify everything. For a few years, several areas, mostly in the Bay Area, had tax rates that varied by usage of the property. Under California tax code, property is assigned a classification, and school districts operated under the theory that if they charged taxes at the same rate within classifications, they were ok with Prop 13.

Except that a resident of the Alameda USD disagreed and filed suit against a 2008 parcel tax. He lost in the trial court, but won at the court of appeal level (for a few days anyway).

The First District Court of Appeals overturned Alameda Unified’s parcel tax, passed in 2008 and lasting three years, that set different tax rates for owners of residential and commercial property. In Borikas vs Alameda Unified, the court said that it violated a state law that requires parcel taxes be uniform. The potential ramifications of the decision are significant as districts look to local property owners for one of the few sources of money outside of state revenue. (EdSource 12/20/2012)

Here’s a link for the decision in Borikas v Alameda USD. But, well, not so fast, because the ruling was vacated pending a rehearing on Jan. 7. But the uncertainty was just too much for Asm. Rob Bonta, who represents the island of Alameda.

The bill, in effect, would put the system back to status quo prior to the decision and the uncertainty of the Borikas case. As it is only dealing with statutes, no supermajority is required. AB 59 is still cooling its jets in the Assembly Revenue committee, with the first possible hearing date being Feb 7. However, Gov. Brown hasn’t said anything on the topic, and with the case still pending in the courts, he probably won’t rush out to say anything.

It is worth keeping an eye out on the court decision, but that can still be a while before we get through the rehearing. In the meantime, parcel taxes remain one of the very few ways that districts can raise money. I expect that there are a few nervous school board members right about now.

This piece first appeared in calitics.com