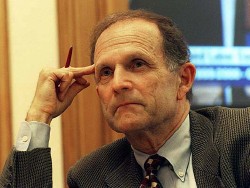 It is clear that there are no excuses for many of Mayor Gavin Newsom’s proposed budget cuts – or his selling out of tenants and Jail Health Services. The City is wasting millions – and I don’t mean Fire Department salaries or the Mayor’s press operation. Scores of City jobs have been vacant for years (but were never cut), and Budget Analyst Harvey Rose keeps finding more every year that no one knew about. Last week, Rose also released an audit that shows $4 million in uncollected revenue – and another $7 million in City programs and work orders that were budgeted, but never spent. The Mayor has bragged that he helped avoid cuts by making all sorts of non-controversial changes to the budget – but we keep seeing more examples of cuts that were not made.

This week, the Board of Supervisors Budget Committee is deep in their annual ritual of reviewing the Mayor’s Budget proposal. Harvey Rose presents his recommended cuts, the Department Heads come to provide feedback and the Committee votes on whether to approve his changes. These cuts may add up to a few million dollars – which then allows the Supervisors to “add back” money into various projects that were cut by the Mayor.

Except for the Fire Chief, Department Heads invariably agree with Harvey Rose’s recommendations – because his cuts are mostly non-controversial. Take a few thousand out of materials and supplies (based on what the department has historically spent), cut into their overtime budget (based on what Controller Ben Rosenfield says they will really need) or delete a few vacant positions – “attrition savings” – because after all, the City’s in a hiring freeze.

But somehow, Harvey Rose – who’s been doing this for decades – keeps finding all these positions that have been vacant for years (and are still in the budget.) For example, the Department of Public Health funded 5 positions this year that have been vacant since (a) July 2008, (b) August 2007, (c) July 2007, (d) February 2007 and (e) July 2006 – for a combined total of $281,000. In addition, Rose found five new positions that the Heath Department has asked to fund this year, when eight positions in the same job are unfilled.

I asked Rose why these jobs were not deleted last year – if they were already vacant. “It’s a very valid point,” he said. “Have you ever seen how big the budget books are?”

The Budget Analyst doesn’t see the Mayor’s Proposal until after Newsom presents it on June 1st – giving Rose and his staff only two weeks to look at a $6.5 billion budget. It is no surprise, therefore, that they failed to catch jobs that have been vacant for years.

So I checked the Budget Analyst’s Recommendations for the prior fiscal year. In the Health Department, Rose had identified five different positions to be cut – which had been vacant since (a) March 2007, (b) September 2007, (c) December 2007, (d) August 2008 and (e) two part-time positions (ironically, for Principal Accountant) – since 2007 and 2008. In other words, how many vacant positions were not found last year?

In this year’s Budget Analyst Report, $1.61 million will be saved – just by eliminating vacant positions. Besides the Health Department, there are (1) three jobs in Department of Children Youth & Families; (2) an inspector position in Public Works (vacant since 2008); (3) a $100,000 project manager job at Redevelopment; (4) a $50,000 position in the Mayor’s Office; (5) a job in the Department of Real Estate funded last year with no hiring timeline; (6) an Elections clerk position; (7) two Planning jobs; (8) two Forensic Management jobs at the Police Department; and (9) a secretary at the Sheriff’s Office.

These are just the vacant positions Harvey Rose could find. How many more are there?

Of course, $1.61 million is a pittance in a $6.5 billion budget – but think about how many non-profit grants on the chopping block this year get less than that. On Monday, I met a terrific group of queer youth at City Hall who are trying to keep a $100,000 program at the LGBT Center that provides free meals for homeless runaway kids and connects them with housing services when they come to San Francisco. Many of them had left abusive homophobic households to travel across the country, and this program saved them. The Mission Education Project that helps tutor Latino kids is about to lose all its $110,000.

I can go on forever about all the other programs being cut, but I think you get my point.

But this doesn’t come close to describing how dysfunctional San Francisco is with its money. On June 15th, the Budget Analyst issued a report – commissioned by Supervisor Ross Mirkarimi – to see if the City is making the most of its funds. Turns out we have $4 million in unrealized revenue to the General Fund – money that had been work-ordered to other Departments but never spent, fees that are under-collected and leases under-paid. Did you know the City owns land in the Central Valley that’s not realizing its potential?

Moreover, about $7 million – with $4 million from the Department of Public Health – is just sitting in General Fund Departments, having been appropriated in past years (as far back as 2001) but never spent. It’s not clear from the Report what this money had been appropriated for (besides projects and work orders), but it should be allocated to address the budget deficit. Newsom wants to sell us a mass-condo conversion of TIC’s that will bring $8 million in revenue. This report shows the City has $11 million it’s not using.

In some places, the mistakes in the Mayor’s Budget are just embarrassing. On Monday, I explained how the Fire Department has only laid off three employees – all civilians, and all women – to balance this year’s budget. Their last day of employment was June 11th, but one of those three positions (a Management Assistant) was accidentally left in the Mayor’s Budget.

Meanwhile, we recommended that the Fire Department eliminate the Deputy Chief of Administration, an unnecessary layer of bureaucracy that makes over $255,000 a year – and whose role can be delegated to the other Deputy Chief, or the Fire Chief herself. After we published it, a few people informed me that Gary Massetani – the Deputy Chief of Administration – is retiring this week. But the Mayor’s Salary Ordinance still has his position, so he could be replaced – even though retirements are an ideal time to downsize.

When he presented his budget on June 1st, Mayor Newsom made a big deal over how they had “closely” monitored the budget over the past year – and had managed to cut the deficit and “avoid draconian cuts” by making simple efficiencies. For example, he said, getting rid of the “hold music” that plays when you call a City agency saved us approximately $10,000.

But tapping unrealized revenue, re-allocating money that was sitting in various agencies and deleting vacant positions was – apparently – not one of the solutions he had in mind. When tough budget years require tough decisions to be made, the City should pursue the most obvious cuts first – ones that make real money, and ones that don’t hurt anybody.