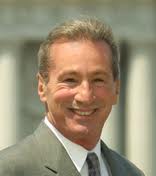 People in maximum security prisons are not warm and fuzzy types, but that doesn’t excuse the California prison system for abusing their rights.

Even if we don’t like prisoners, there are reasons we should care about the prisoner hunger strike that ended earlier this month. Human rights apply to everyone. Let me tell you about it:

Prisoners have been complaining about conditions the SHUs – Secure Housing Units – for years. In fact, there was another hunger strike two years ago. Shane Bauer, a freelance reporter who was once held prisoner by the Iranian government, visited the SHU at Pelican Bay State Prison and discovered it compared unfavorably with what he experienced under the Iranians.

Here are three key issues:
• Prisoners are kept in extreme isolation. Most are alone in a cell for more than 90 percent of their time.
• They are assigned to these isolation units without trial, and without any information about when they can get out. Some have been there for decades, since Pelican Bay was built.
• While prison officials say these prisoners are the worst of the worst, they are sometimes tagged as gang members on the basis of things as simple as a drawing, a cup with an ethnic decoration or a book.

I visited the prison, too, earlier this year. These cells aren’t dungeons and prisoners can hear others around them, but their isolation is still something that doesn’t meet international human rights standards. Amnesty International has been closely following this abusive situation.

What makes these conditions worse is that we don’t have any good evidence that they achieve a legitimate correctional or public safety purpose.

Corrections officials tell us these practices are how they clamp down on gang leaders and keep them from communicating with their underlings. And yet we don’t see indications that gang violence has stopped in or out of prisons.

That is why I voiced support for the goals of the hunger strikers. Let’s make one thing clear: I’m not endorsing the individuals, who are convicted criminals. I am backing their calls for reforms.

State officials, facing court-ordered changes on another front, should realize that some reforms are necessary, but they refused to discuss changes with prisoners during the hunger strike. The strike dragged on and, after two months of refusing food, it looked like some prisoners were going to die.

That’s when Sen. Loni Hancock and I decided to step in and call for hearings on the SHU conditions. We saw it as a last-ditch effort to end the strike and – we hope – bring about some changes in the way the Department of Corrections deals with these prisoners. Admittedly, they are tough prisoners to handle, but there are better ways of doing things. We can see that in the prisons of other states and other countries.

The call for hearings worked. I recently got a letter from a prisoner at Folsom State Prison, who said he held me responsible, “for in all likelihood, saving my life and countless others.” The strike ended.

Now we have to move on to the hard part. My staff and that of Sen. Hancock are beginning to talk about how and when to hold hearings and what we might accomplish.

We hope the California Department of Corrections and Rehabilitation will also see this as an opportunity. They have to power to do things differently, and I hope they’ll move in the direction of more humane practices.

Otherwise, we will use the hearings as an opportunity to try to develop legislative solutions. It’s not the best way to handle this problem, but it may be the only way.

We cannot have a repeat of the hunger strike.