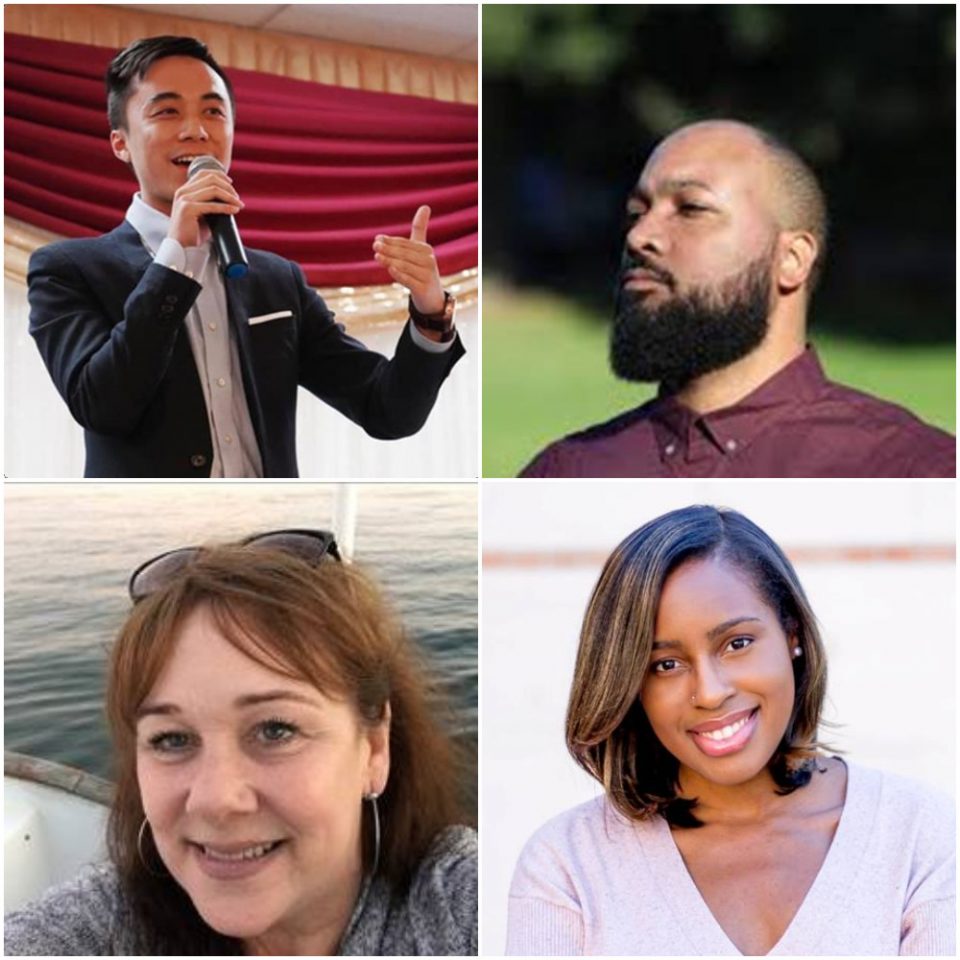 Defending Exclusionary Zoning is not “Pro-Housing”

What do Kimberly Adams, Alex Lee, Yasmine-Imani McMorrin and Terry Taplin have in common? All are  candidates running in local California races who support building a lot more housing in all neighborhoods.

We cannot end racist and elitist exclusionary zoning laws until voters elect candidates committed to this goal. And while this may strike many as obvious, the fact is that exclusionary zoning, infill housing, and increasing density are rarely issues in election campaigns.

This must change in November 2020.

Many activists are working to defeat Donald Trump. But if you are focused on local campaigns and want your city or state to legalize new apartments in all neighborhoods, than working for candidates who openly back this goal is a must.

I say “openly” because many candidates are vague about exclusionary zoning. Many define “pro-housing” as supporting only 100% affordable housing or “social” housing, neither of which can be built in neighborhoods with exclusionary single family zoning.

But many voters do not understand this distinction. They do not realize that self-identified “pro housing” candidates actually promote policies that advance race and class segregation. Unfortunately, other voters do understand this distinction; they look favorably upon candidates who claim to be “pro housing” while banning affordable units from affluent, primarily white neighborhoods.

In order to end the vagueness around “pro-housing” that has perpetuated racist exclusionary zoning in “progressive” cities, candidates must offer straight talk on where they stand. If they waffle, voters must force them to explicitly lay out their stance.

Last November, Cambridge, Massachusetts and Boulder, Colorado held local elections where the candidates support for increasing housing density was a central issue. Both slates of pro-housing candidates prevailed (A Better Cambridge‘s pro-housing councilmembers are holding a zoom Town Hall  on July 1 open to all).

Increasingly, when voters have a chance to express support for increasing housing development they do so. Yet many true pro-housing candidates still fear that talking about ending exclusionary zoning will cost them key homeowner votes.

But that has not proven the case in the over dozen “progressive” cities I write about in Generation Priced Out. I can only think of one race—Shaun Scott’s November 2019 D4 race in Seattle—where a candidate’s open support for ending exclusionary zoning likely helped their opponent (I described that race in “Are Progressive Homeowners Really Progressive,” October 1, 2019).

Victories by pro-housing slates in Cambridge and Boulder in off-year local elections should convince true pro-housing candidates in other cities to promote their positions. Voters must know which candidates support legalizing apartments and which do not.

After all, how will voters know if pro-housing candidates do not tell them?

When I do talks on Generation Priced Out I always hear from people unaware that their own neighborhood bans fourplexes and other “missing middle” housing. They see apartment buildings on their block and do not realize that the zoning laws allowing such housing were changed. When they learn that apartment bans followed passage of  federal civil right laws they get the point; I have come across few people opposed to new fourplexes in their neighborhood.

So why is single family zoning still pervasive? I think a vocal minority backs these racist and elitist laws while a silent majority is unaware. That’s why it is so important that true “pro-housing” candidates running in November make sure that voters know about their local zoning.

AARP chapters support “missing middle” housing. So do Habitat for Humanity chapters. Yet the neighborhood groups where both organizations have members and supporters battle such plans. Seniors living in large homes want the housing option offered by a unit in a fourplex, yet single family zoning denies this. If seniors began pushing for zoning reforms support for missing middle housing would explode (See “Seniors Embrace Affordable Housing Campaigns,” August 27, 2019).

Berkeley’s Terry Taplin, running for council against a staunch anti-housing incumbent, offers a model for doing this. His website expressly states his “Support the City’s Missing Middle Housing Initiative to eliminate exclusionary zoning and allow for more housing across income levels in Berkeley’s neighborhoods.” Taplin’s opposition to exclusionary zoning is part of his broader housing agenda. (Disclosure: I have endorsed Taplin).

Many “progressives” prefer keeping voters uninformed. They don’t want to expose their alliance with affluent homeowners backing racist and elitist housing policies. They figure that as long as they support housing for the poorest of the poor—knowing it cannot be built in much or all of their district— their progressive credentials are safe

But not talking about zoning ignores racism. And it ignores a driving force behind housing and school segregation.

Exclusionary zoning and apartment bans promote unaffordability while benefiting the affluent. I hope to do many stories on candidates across the nation promoting this agenda.

Today’s article only covers California candidates. Kimberly Adams in running for council in Tustin, Alex Lee for State Assembly in the South Bay, and Yasmine-Imani McMorrin for council in increasingly progressive Culver City (where Freddy Puza and Darrel Menthe are other true pro-housing council candidate). Others include Lauren Johnson Norris in Irvine, Thai Viet Phan and Janelle Welker in Santa Ana, Avelino Valencia III in Anaheim, Susan Sonne in Buena Park and Dan Kalmick in Huntington Beach. Electing pro-housing candidates in these southern California cities is particularly important as the jobs/housing imbalance is huge. These cities are not helped by the adamant defense of exclusionary zoning by virtually the entire Los Angeles City Council and the city’s state legislative delegation.

Obviously, our housing crisis requires more than ending exclusionary zoning. But candidates refusing to end this practice guarantee that any affordable housing built in their city will not be in affluent, primarily white neighborhoods. We need to stop allowing candidates to talk “social housing” when they are actually promoting racial and class segregation

In November 2019, pro-housing candidates outside Seattle won big. Let’s repeat these victories this November, so that exclusionary zoning can go the way of other toppled monuments to racism by 2021.

Randy Shaw’s Generation Priced Out: Who Gets to Live in the New Urban America is now out in paperback.