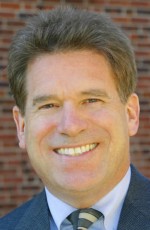 If you thought we’d know the outcome of the Minnesota Senate race between Republican Norm Coleman and Democrat Al Franken by now, think again. The Secretary of State “finished” the hand recount on Friday, but a few matters remain that can truly alter the race. Senator Coleman’s lead shrank from 215 to 192 votes during the recount, but that doesn’t include the 6,000 “contested” ballots yet to be counted. Either campaign could “challenge” a ballot during the recount, and now it’s up to the State Canvassing Board to assess them one-by-one. Counties are still reviewing previously rejected absentee ballots to see if any were thrown out by accident, which may net up to 1,000 votes. And we also have 133 “missing” ballots in one (very liberal) precinct in Minneapolis. Assuming they never find the missing ballots, an appropriate remedy would be to include that precinct’s total from the initial machine count – because otherwise it may cost Franken the election. As tedious and frustrating as this sounds, I applaud Minnesota Secretary of State Mark Ritchie for diligently making sure every single vote gets counted – no matter how long it takes. The guy’s no Katherine Harris – which we should all be grateful for.

It’s hard to follow the intricacies of a recount process – especially when the outcome is so close. As the weeks drag on, and the minutiae of election law become apparent, it’s easy to just throw up your arms and say “who cares?” because whoever wins will have a “very weak mandate.” I’ll admit that’s what I thought during much of the Florida recount in 2000, but the last eight years have tragically taught us that elections matter. That’s why it’s so important to ensure that every vote gets counted – and counted accurately.

Now that every ballot has been “hand-counted,” Republican Senator Norm Coleman is ahead by 192 votes. That number, however, is misleading – because it assumes all 6,000 ballots that were challenged during the recount will be left uncounted. The Coleman and Franken campaigns each contested about 3,000 ballots. After having personally reviewed about 700 of them, it’s clear to me that each side abused the process. It’s now up to the State Canvassing Board – which includes Minnesota Secretary of State Mark Ritchie and four judges – to assess all 6,000 challenges, and decide which ones are valid. They will first meet on December 16th.

What kind of “challenges” are there? A voter didn’t completely fill in the oval next to a candidate, or they (gasp!) used a check mark. Or they properly filled in one oval, but also made a small mark in the oval of another candidate. In a shocking display of chutzpah, the Coleman camp has challenged a whole slew of Franken ballots – because the voter also voted for John McCain and other Republicans, so “clearly” it was a mistake. Some of the “challenges” are indeed valid – but most of them are not. In fact, the campaigns recently agreed to withdraw several hundred challenges – admitting they were frivolous.

If we reject all the “challenges” and put those ballots back into the count, Coleman’s lead whittles down to 87 votes. But a sliver of these challenges will be upheld, and no one knows exactly what the outcome will be. Al Franken’s campaign claims they kept track of what each election judge’s “tentative ruling” at the county level was when each ballot was contested. If the Canvassing Board upholds these initial rulings, says the Franken camp, he wins by four votes. But that figure comes from a partisan source that cannot be verified – because nobody else was keeping track. Even if it’s accurate, these tentative rulings (although highly persuasive to the Canvassing Board) are not the final say.

Even then, there are more factors before we know the outcome. The Canvassing Board initially disqualified a few thousand absentee ballots for various reasons. Now Secretary of State Ritchie has requested that the counties re-evaluate them, as he estimates 500 to 1,000 of them were disqualified by accident. If so, they will have to be counted – and it’s estimated that Franken would net anywhere from 25 to 100 votes during that process.

Finally, there’s the disturbing matter of 133 “missing” ballots from a very liberal precinct in Minneapolis. After the hand recount, there were 133 fewer votes in that precinct than on Election Night – and the initial assumption was that voting machines counted some ballots twice. Now it appears these ballots are indeed missing – which raises a disturbing question about how to count that precinct. One solution, however imperfect, would be to go with the machine count – as it’s more accurate than simply not counting the 133 votes. With the results as close as they are, Franken could lose because of these missing ballots.

Although Coleman has maintained his razor-thin lead since Election Night and through most of the recount, a lot of factors could still shift the outcome to Al Franken. When a race is this close, it’s crucial that every single vote gets counted – so missing ballots or improperly rejected ballots are a problem. And it’s also essential to make sure every voter’s intent (however vague or unusual like the infamous ballot cast for “Lizard People”) gets accurately assessed. These things, unfortunately, take time.

So, relax. We’re not done yet, and we won’t know the outcome of this election for at least another week or two. The Minnesota Secretary of State is doing a very thorough job – which is a marvelous breath of fresh air after how we got stuck with George W. Bush.

EDITOR’S NOTE: Besides the Minneapolis Star-Tribune’s excellent time-sucking feature where you can review the 6,000 challenged ballot yourself, the best website to keep track on the recount is Nate Silver’s Five Thirty Eight.