America’s 20 Richest Own More Than Bottom Half 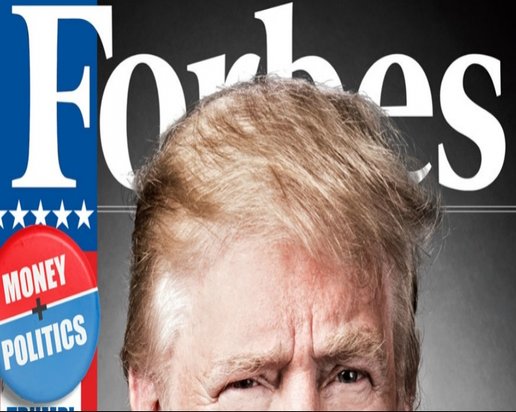 "America’s skewed wealth is one of the most critical issues of our time," stated report co-author Chuck Collins. (Image: Forbes)

Study of Forbes 400 finds nation’s wealthiest own more wealth than the bottom 61 percent of the country, or 194 million people.

The divide between the “haves” and the “have-nots” in the United States has never been so vast, with a new report out Tuesday revealing that the nation’s 20 richest individuals own more wealth than the entire bottom half of the population.

What’s more, with a combined worth of $2.34 trillion, the richest 400 Americans—who include Bill Gates, Donald Trump, Oprah Winfrey, and heirs to the Wal-Mart fortune—own more wealth than the bottom 61 percent of the country, or 194 million people.

“America’s skewed wealth is one of the most critical issues of our time,” stated Chuck Collins, senior scholar at the Institute for Policy Studies (IPS) and co-author of the report Billionaire Bonanza: the Forbes 400 and the Rest of Us (pdf).

What’s more, the study compares the Forbes list with other segments of the population, showing great disparity in how this wealth is distributed. For example, the combined net worth of the Forbes 400 roughly equals the wealth of the entire African American population, plus a third of the Latino population.

As Collins notes, this staggering gap in wealth has worsened since the global recession and has proved problematic—even in cases where the billionaires are generous philanthropists.

“Concentrating wealth to this extent gives rich donors far too much political power,” Collins explains, “including the wherewithal to shape the rules that govern our economy.” He cites the recent New York Times report which found that half of all political contributions in the 2016 presidential campaign came from just 158 families.

The study follows numerous other recent reports that suggest the world, and particularly the United States, has reached what Collins refers to as “peak wealth inequality.”

Collins and report co-author Josh Hoxie, who heads the IPS Project on Opportunity and Taxation, put forth a number of solutions to reverse this trend, including closing offshore tax havens and tax code loopholes, which they say the wealthy frequently exploit. Further, the report calls for the re-institution of progressive income tax policies, which would both “break up the concentration of wealth and generate trillions of dollars in new revenue to invest in wealth building opportunities for working families.”

Among the report’s other recommendations to help spread the wealth: raising the minimum wage and overhauling campaign finance, to stem the influence of money on politics.