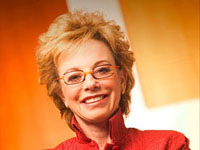 In late February, a David Binder poll found State Senator Carole Migden badly trailing Mark Leno and Joe Nation in the race for Senate District 3. Since that time, Migden agreed to pay $350,000 in fines for state campaign law violations, filed a federal lawsuit against the FPPC challenging campaign finance limits as unconstitutional, and was sued by the FPPC for $9 million in an action that charged, among other violations, that Migden “failed to report a number of large transactions entirely, while reporting other large transactions which simply never occurred.” In political trouble before the FPPC’s actions, Migden now has no chance to win re-election. She appears to be remaining in the race solely to defeat Leno, a strategy that would put a moderate Democrat from Marin in a seat that would otherwise be held by a San Francisco progressive.

In my view, Carole Migden lost her chance for re-election when tapes were released of 911 calls from terrified fellow drivers commenting on her reckless driving down Interstate 80. Migden blamed health problems for her conduct and agreed to stop driving, but voters were unlikely to forgive her for the peril she caused those sharing the highway with her that day.

Migden and her backers insisted she could overcome the reckless driving charge, and a few months later was back behind the wheel. The State Senator also remained defiant after agreeing to pay $350,000 in campaign finance violations, insisting that voters “don’t care” about such violations.

Migden is likely correct that voters do not care about technical violations in campaign reporting, but her record as the politician who has been most fined for FPPC violations in California history is a different matter. Migden now faces a massive $9 million lawsuit for violations so egregious as to create the impression that the longtime politician has flouted campaign finance laws with impunity.

Republicans, not progressive Democrats, are those typically complaining about campaign finance restrictions. Yet it is Migden who will ask a federal court on April 1 to strike down as unconstitutional longstanding campaign finance regulations, all so that she can spend money she raised for her Assembly campaigns on the State Senate race.

This has been a bad week for the incumbent. On Monday night, Migden failed to win the sole endorsement of the San Francisco Labor Council, as it jointly endorsed both her and Leno.

The Council’s failure to solely endorse an incumbent Democrat shows her weakness as a candidate, and that this is becoming a Leno-Nation race. Leno has the stronger progressive record, and would be the clear favorite were he not losing some progressive votes to Migden.

If Migden cared about ensuring the Senate seat is occupied by a San Francisco progressive from the queer community, she would withdraw from the race. But word from those who know Migden is that she will keep campaigning in order to prevent Leno’s victory; she not only feels personally betrayed by Leno running against her, but believes that if he had not run, she would have coasted to re-election despite her reckless driving and campaign finance violations.

There is ample precedent of weakened incumbents dropping out of races to help ensure the election of a candidate of a similar ideological bent. Republican Congressmember John Doolittle of nearby Sacramento faced controversy over campaign law violations, and it looked for some time as if Democrat Charlie Brown would easily take the seat in November 2008.

But Doolittle put his ideology ahead of personal ambition and dropped out of the race. Conservative Tom McClintock has since declared his candidacy, and Republicans are now favored to keep the seat.

New Jersey Senator Robert Torricelli faced a situation similar to Migden, in that only a few months before the November 2002 election polls showed him losing to his Republican opponent. Torricelli dropped out of the race, and his Democratic replacement won the November election and continues to serve in the U.S. Senate.

Of course, Migden’s rivalry with Leno has a personal component lacking in the above two examples. Migden sees Leno as a Judas for running against her, while his backers would argue that she betrayed her former fundraiser when she backed Harry Britt against Leno in the 2002 Assembly race.

Migden’s personal animus toward Leno explains her willingness to play the spoiler role.

And if her spoiler strategy works and Nation wins, it will be the district’s progressive constituents who will pay the price.