by Dean Preston of Tenants Together on November 23, 2011 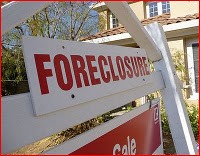 Despite an intense lobbying effort by local realtors, the Merced City Council gave final approval Monday to the Central Valley’s first anti-eviction law. The ‘just cause for eviction’ law seeks to stop evictions of innocent tenants after foreclosure. It will take effect on December 21, 2011. The law is a major victory for tenants and for a community that has been plagued with foreclosure evictions.

The Council voted 5-2 in favor of the law after a two hour hearing. The Council chambers were packed with supporters and opponents of the law. Local residents — including members of Tenants Together, Occupy Merced, Journey for Justice, and UC Merced — gave a standing ovation when the vote was announced. “The Council has done the right thing,” said Angela Fragulia, a Tenants Together member who described in detail to the council how she had been driven from her home for no good reason after foreclosure.

Mayor Pro Tem Bill Blake and Council Members John Carlisle, Noah Lor and Mary-Michal Rawling were steadfast in their support for the law at all hearings. These council members consistently put the well being of Merced residents above special interest politics. They stood firm in the face of a misinformation campaign by realtors. (Council Member Josh Pedrozo curiously provided a fifth vote for the ordinance just minutes after attempting to derail it.)

The common sense ordinance stops banks from evicting innocent tenants after foreclosure. The ordinance has broad public support. In addition to community residents and organizations, the Merced Sun-Star issued an editorial endorsing the ordinance. For television coverage of the ordinance, click here: <http://abclocal.go.com/kfsn/story?section=news/local&id=8427688>.

The new law is a game changer for Merced tenants and the entire community. Under the new law, tenants will be able to stay in their homes, rather than being callously tossed into the street by banks that care nothing about creating unnecessary homelessness, vacancy and blight. Tenants Together congratulates our Merced members and allies on this important victory.