Mel Gibson: Religion is the Disease 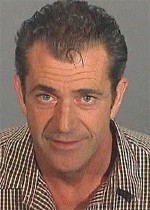 I’m not one who follows the comings and goings of the Hollywood set. I find nothing worthwhile in the privileged lives of those who, for the most part, contribute little but silly movies that serve only to distract people from the real issues of the day. There are exceptions, but they are few and far between. That being said, I was amused to hear that Mel Gibson’s wife, Robyn, was divorcing her hubby after 28 years of marriage, for what she describes as “irreconcilable differences.” Standard fare in a divorce proceeding.

It’s a lucrative move. According to reports, Robyn stands to get half of the actor’s alleged $1.2 billion fortune. Not a bad chunk of change. Of course, she had to endure almost three decades with the guy. It couldn’t have been easy.

When he wasn’t pontificating on his right-wing religious views or making what many see as an anti-Semitic movie about the bloody death of the man from Galilee (The Passion of the Christ), he was ranting and raving about “fucking Jews,” as he did in 2006 when he was pulled over by police for drunken driving.

Among his gems at the time was: “Jews are responsible for all the wars in the world.” It’s not a surprising statement, the apple doesn’t fall far from the tree. Gibson’s father is what some might call a Holocaust denier, he believes that far fewer than six million Jews died in the Nazi reign of terror in Europe. Daddy also has penned books on how the church today has become too liberal.

Gibson is his father’s son: He’s a Traditionalist, a right-wing Catholic who rejects the post-Vatican II church, despite its conservatism and a pope who would be more comfortable living during the Inquisition. Gibson would also no doubt be at home in that time period. In order to hear his beloved Mass in Latin, Gibson built himself his own church near his estate in Malibu. He also reportedly doesn’t eat meat on Fridays. And, like the pope, he certainly doesn’t approve of gays, feminists or evolution.

One wonders how he reconciles all his wealth with his conservative Catholicism. Didn’t his Jesus say that it’s easier for a camel to pass through the eye of a needle than for a rich man to get into heaven? Robyn will help him alleviate that problem by cutting his wealth in half. Still, he might have a camel of a dilemma when he faces his “maker.”

Much has been written about Gibson’s problem with alcoholism. It’s supposedly the reason for his anti-Semitic rants and his irrational behavior. I agree more with Bill Maher, the producer of Religulous (which pokes fun at all religion). “The disease isn’t alcoholism,” he wrote of Gibson in the Huffington Post in 2006. “The disease is religion.”