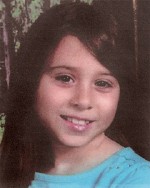 The mainstream news media coverage of Sandra Cantu’s disappearance and ultimate murder follows the predictable pattern of selective, sensational coverage driven by race and demographics. The disappearance of Cantu, an eight year old girl from the Central Valley town of Tracy, should have been a local story of interest to the hometown paper, the Tracy Press, and to nearby TV stations in Stockton and Sacramento, not to San Francisco, Oakland or San Jose newsrooms 70 miles away. When word broke that a cute, light skinned girl was missing in the suburbs, the media stampede was on to Tracy, a town most San Francisco and San Jose reporters probably may have never heard of unless they knew somebody who lived there or covered a strike story at the Safeway distribution center located in Tracy.

The coverage of Cantu’s disappearance and murder was intense, generating front page coverage in most Bay Area newspapers and extensive “wall to wall” time on Bay Area TV and radio newscasts. In these times of scarce newsroom resources, newspapers had multiple reporters working on the story and some stations had two or three news crews stationed in Tracy for live reports. Several stations devoted up to half their nightly newscast to the “Breaking News of the disappearance of little Sandra Cantu” with the all important weather, traffic and sports rounding up the rest of the newscast at the expense of other important stories.

Why did the Cantu story generate such a media frenzy? Her coverage fits a pattern of how the media covers missing persons. Polly Klaas of Petaluma, Ilene Misheloff of Dublin, Xiana Fairchild of Vallejo, Amber Swartz-Garcia of Pinole are all well known names in the Bay Area because of high profile media coverage of their disappearances. What’s common about all these cases is that they were cute, White and lived in the outer suburbs of the Bay Area, a key target demographic for Bay Area newspapers, radio and TV stations. African American, Asian and dark skinned Hispanic children who go missing, particularly Black kids who live in urban inner city communities such as Oakland, San Francisco or Richmond rarely receive the type of media attention that Cantu or the aforementioned White children received, even though FBI statistics indicate that Black children make up about one third of all missing children.

Activists say that this pattern is not just a Bay Area phenomenon. According to the website Black and Missing But Not Forgotten, the mainstream media throughout the country rarely reports about the disappearance of Black children on the same level that cute White children receive.

Community activist and syndicated columnist Earl Ofari Hutchinson says that the mainstream media has shown little interest in providing extensive coverage of missing Black children. Hutchinson says that media bosses have acknowledged the disparity in coverage and always promise to do better but the reality is that most daily papers, TV and radio newsrooms ignore missing Black children reports. Hutchinson said that occasionally an African American reporter or assignment editor may pressure a station or newspaper to do a story on a missing Black child, but recent media cutbacks have forced out the few Black newsroom reporters and decision makers. Editors and broadcast news directors defend their coverage, saying they are just responding to community reaction of missing children reports. Hutchinson disagrees with that contention. Hutchinson says that he’s personally been involved in media campaigns organized by parents, friends and relatives of missing African American children. Hutchinson says at best stations may give token coverage to a missing person report of an African American child, but nothing to the extent of the nationwide coverage given to the disappearance and murder of White girls like JonBenét Ramsey in Denver and Callee Anthony in Orlando, or local White girls like Cantu.