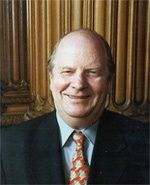 One day after a cross-section of Tenderloin tenants, merchants, property owners and non-profit groups won support for a Community Benefits District, Supervisor Jake McGoldrick attacked the neighborhood as a “ghetto.” McGoldrick’s comments were directed at both District 6 Supervisor Chris Daly and at the large crowd of Tenderloin residents who spoke against MUNI fare hikes at the Board meeting. McGoldrick’s demeaning of a low-income neighborhood, and of residents who have cared enough about an issue to sit for hours waiting to speak, is far more injurious to the civic life of the city than a Supervisor’s use of profanity. The Board should censure him.

Referring to Daly’s prior experience as a Tenderloin activist and to the large contingent of Tenderloin residents protesting the MUNI fare hike, McGoldrick stated at Tuesday’s Board meeting that “I didn’t organize in the ghetto for a year or two. I grew up in the ghetto.”

McGoldrick’s comments at Tuesday’s Board meeting crossed a line. If he truly comes from an impoverished background he would fully understand how demeaning it is to tell people they live in a “ghetto.” The term “ghetto” typically refers to the forced relocation of Jews into limited areas (such as the Warsaw Ghetto and those in Venice, Italy and many other European cities) or more recently to the isolation of low-income people of color in communities isolated from interaction with the surrounding city.

Looper feels McGoldrick “should feel ashamed of himself” for such comments, and she noted how it disparages “all the hard work people are doing in the neighborhood.” McGoldrick apparently paid no attention to Monday’s Supervisors hearing on the Community Benefits Districts, when Tenderloin representatives greatly outnumbered those from other neighborhoods.

Twenty year Tenderloin resident Otto Duffy was more troubled by McGoldrick’s accusation that he was being “Mau Maued” by Tenderloin activists over the issue. Duffy expressed surprise that someone who identifies himself as progressive would make such comments, and noted that “I was not aware that ethnic slurs are now permitted at the Board.”

While “ghetto” has a sociological meaning, it is commonly used to marginalize politically disenfranchised neighborhoods. It can be embarrassing to be identified as living in a “ghetto” because it means that the broader society has concluded that you and your family are failures, having proved unable to integrate yourselves into the broader community.

Angered by the Tenderloin’s criticism of his position, McGoldrick fought back by essentially telling his colleagues, those in the Chambers, and those watching on television or via computer that Tenderloin speakers do not warrant serious consideration because they are people from “the ghetto.”

Hopefully, those Tenderloin residents hurt by McGoldrick’s comments will not be dissuaded from speaking their minds at future hearings. But this was clearly McGoldrick’s aim, and this appears far worse from a civic engagement standpoint than Supervisor Daly’s swearing at a landlord, which became the subject of an all-out censure campaign by Supervisor Alioto-Pier.

Jake’s reference to his allegedly humble past to justify a vote against the poor harkens back to the Clarence Thomas judicial confirmation hearings. The right-wing, anti-civil rights ideologue repeatedly claimed that having been raised in Pin Point, Georgia, he understood poverty and social justice better than his liberal critics.

As Thomas, Ward Connerly, Judge Janice Brown and others have shown, people can be shaped by their backgrounds in a way that leaves them hostile to those similarly situated. McGoldrick led the fight to eliminate bus stops in the Tenderloin (the 38 Geary line) and obviously holds resentment against Daly’s zealous advocacy on behalf of a long disenfranchised community

McGoldrick’s defenders will argue that he had no evil intent in attacking the Tenderloin as a “ghetto,” but simply misspoke in the heat of battle. But Jake knew what he was doing. While he lacks the smarts of Peter Falk’s seemingly bumbling but actually brilliant detective in the old television show Colombo, McGoldrick has been around long enough to know what words he can and cannot use.

Chris Daly stands by the poor while Jake McGoldrick insults them. The Board of Supervisors should send a message to all San Franciscans that just as profanity and attacking pregnant women will not be tolerated, nor should condeming people solely on the basis of their living in a low-income neighborhood.