Mayor’s Office: We Were Wrong about Bond Deadline 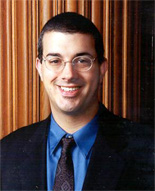 What a difference a day makes. After the Mayor’s Office used the San Francisco Chronicle to blame Matt Gonzalez for jeopardizing the housing bond, the City Attorney’s office confirmed that the Board President was right and the Mayor was wrong. Not only did the City Attorney conclude that the bond hearing whose cancellation by Gonzalez set off a mayoral firestorm was not necessary, but he also found there is no need for the hearing to occur on June 8, the supposed “drop dead” date. Fortunately, there is progress to report on the bond.

It now appears that Supervisor Peskin has convinced the Mayor’s staff that the best way to reach agreement is through direct negotiations between the Mayor and Supervisors Daly and Gonzalez. This long overdue move could happen early next week.

While some believe that holding public hearings on the bond should procede negotiations, the opposite is more likely true. The public hearings should be a display of unanimity, not disagreement.

There has been some progress on the chief issue—whether those earning $99,000 should receive public subsidies. The Mayor’s office appears willing to reduce the top income limit to around $95,000, which remains much higher than the $76,000 limit supported by Daly, Gonzalez, tenant groups, the Residential Builders Association, Latino activists and others.

But it has been a struggle getting any downward movement on income levels from the Chamber of Commerce/Prop J crowd, so a $4000 drop is at least a start.

Mayor Newsom and his allies also seem to now realize that attacking those who do not agree with them will not bring victory for a housing bond in November.

Let’s hope an agreement is reached next week, as additional time increases the chances of another blow up.