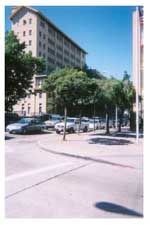 The Mayor’s Office of Housing (MOH) revealed Tuesday that it is rejecting the unanimous decision of the citizen’s body charged with providing public oversight of the Surplus Property Ordinance. That body, the Surplus Property Citizens Advisory Committee (CAC), decided they wanted to turn city property at 150 Otis Street into housing for the homeless.

Passed by the Board of Supervisors last year, the Surplus Property Ordinance mandated that many of the city’s surplus properties would be converted into housing for the homeless. The fight over 150 Otis began soon after, when the city declared it surplus property. A variety of low-income advocates pushed for the building to be turned into housing for the homeless, resulting in a unanimous vote that complied with their wishes.

MOH pushed back immediately, claiming it made more financial sense to sell the building, yet providing no documentation to back up that claim. With their letter to the CAC last week, MOH proved the worst fears of conversion advocates to be true – Newsom will refuse to even consider the CAC’s wishes, and will move forward with plans to sell.

Despite this setback, homeless advocates now appear even more willing to continue the fight for the building, though they remain surprised at MOH ignoring their desires.

“It’s frustrating, after all the time and commitment and hard work that we put in as CAC members,” said Sister Bernie Galvin, who sits on the committee. “Why go through all that and make a decision when it can just be ignored by MOH? On the other hand, it makes us all the more determined when we are ignored by the staff to get the housing for homeless people.”

The Board of Supervisors must ultimately approve any decision regarding 150 Otis, so the conflict will likely head there in the coming months. The Board could refuse MOH’s request to the sell the building, and move instead to transfer it over to the Department of Human Services (DHS). DHS has stated it remains willing to help turn the property into housing, and could prove a useful ally for homeless advocates.

Whatever happens to 150 Otis, it remains troubling how willing MOH appears to be to completely ignore a citizen’s body made up almost entirely of volunteers. The Surplus Property Ordinance created the CAC to provide community input on the process, yet now it seems that community will have to go around the CAC to ensure their voices get heard.

“It’s clear we have a fantastic building at 150 Otis,” said Tomas Lee, the former Board of Supervisors representative on the CAC, who helped spearhead the effort to save 150 Otis. “There’s so many ways they could work with the Board on this, so why the hedging of this project?”