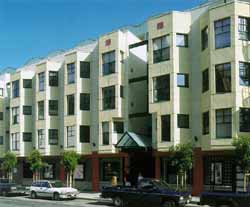 At Tuesday’s press conference for November’s state housing bond (Prop 1C), San Francisco Mayor Gavin Newsom made an interesting distinction between the way he and the Board of Supervisors have approached strengthening the city’s inclusionary housing law. Newsom stated that the Board had tried to “fast-track” the new ordinance, being driven by “beliefs” and “opinions” while he believed in basing decisions on the “facts.” The Mayor reiterated his position that new legislation should not be considered until the Mayor’s Office of Housing completes its study of the issue, which should occur by June 30, nearly six months after Supervisor Daly introduced the legislation. But does the debate over inclusionary housing really pit Supervisors governed by ideology against a Mayor motivated by facts? Or do the same facts lead to different policy conclusions?

Mayor Newsom stated on Tuesday that developer’s predictions in 2002 that the inclusionary housing measure would slow housing development proved wrong. Actually, nearly all developers endorsed the 2002 legislation, and it was the activists who felt the measure was too weak who have been proven correct.

In 2002, developers argued that the current affordable housing requirements were the most they could afford, and passage of the legislation required their assent. The question for 2006 is whether Mayor Newsom ultimately believes the “facts” can justify tougher requirements, as there are not likely to be the votes on the Board of Supervisors to override a veto.

Although it was clear by 2004 that developers were making out great under the city’s low inclusionary housing requirements, legislation to strengthen the law was not introduced until January 2006. Supervisor Daly was then quickly informed by the Mayor’s Office and Planning Department that he should not move forward on his measure until a study of the current and proposed law could be completed.

Completion is now set for June 30. In the meantime, the city’s housing construction industry had headed south, with developers walking away from vested projects and little new land acquisitions for new market-rate housing development.

The Mayor has announced he will decide whether to support Daly’s measure after he reviews and analyzes the study undertaken by his office. But it is unclear what “facts” the study could contain that would shape the Mayor’s decision.

For example, suppose the study surveys developers as to whether tougher requirements would create disincentives to construction. In 2002, developers said yes, and secured a weak law. Why would developers now say that they’re happy to provide more below-market rent housing to the city?

Similarly, suppose the study lays out the facts of current and projected market conditions. As someone who regularly talks to people building housing, I can tell you the answer without waiting until June 30: large condo projects nearing completion (and not covered by Daly’s tougher requirements) will do fine, developers of large projects a year or more from completion are sweating, and few in their right mind are looking to acquire property for large housing development.

When the Mayor says that San Francisco is on the verge of its greatest housing boom, he must be talking about projects already under construction. Because every week we learn of new vested projects put up for sale by developers, who no longer trust that the San Francisco condo market is insatiable.

A third “fact” likely to be included in the Mayor’s study is that construction costs have risen 30-40% in the past two years alone. Interests rates have also risen to levels that, while low by 1980’s standards, are much higher than in several years

These three factors—a lagging market, rising construction costs, and higher interests rates—could easily lead Mayor Newsom to conclude that this is the wrong time to make projects tougher for developers.

But there is a large counter-argument that is also based on facts. And this is the fact that the current inclusionary law provides insufficient units at truly affordable prices to justify the construction of housing that increasingly makes San Francisco less economically diverse.

The Mayor praised the fact that 37% of newly constructed units in the past year were “affordable.” Yet this means 63% are not affordable, and when you consider that neither home prices or rents on vacant apartments are regulated, the vast majority of available housing units in San Francisco each year are not affordable.

The facts show that developers are eager to build in San Francisco. They might not initiate new projects in 2006 or 2007, but profits are so great here that they will be back.

The facts show that few developers are going to agree to pay more than is necessary, as they are business people like everyone else. So testimony from developers as to what inclusionary burdens they can afford should be taken not as “fact” but with a grain of salt.

The facts also show that Berkeley and other cities already require higher percentages of affordability and that market-rate housing construction has not been deterred.

That’s why the new law must be passed soon, so it is in place when the market rebounds.

It is good that Mayor Newsom wants to base decisions on facts, but development involves many unique factors—how much was paid for the land, the uniqueness of a site, the specific zoning, potentially value-increasing adjacent uses such as the building of a Giants ballpark or the tearing down of the Octavia freeway—that assessing what developers can truly “afford” to pay is not science.

Nor is assessing a developer’s “fair” profit easily established by “facts.”

The Mayor’s Office inclusionary study may provide information the Mayor needs, but it is unlikely to change the debate.