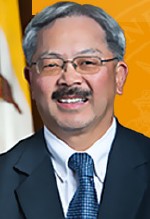 After more than ten months of negotiations, Mayor Ed Lee has reached a development agreement with CPMC for its new Cathedral Hill hospital. The proposed agreement will be introduced at the Board of Supervisors next Tuesday, and will be preliminarily considered by the Planning Commission next Thursday. The proposed agreement brings San Francisco tens of millions of dollars for housing, transit and health care, including $8 million for streetscape and traffic mitigations in the adjacent Tenderloin neighborhood. While the deal fulfills the core concerns Mayor Lee raised in his proposal to CPMC last May, some community and labor groups feel it falls far short. Here’s our assessment of its terms.

Negotiations between the Mayor’s Office and CPMC have gone on for so long that many not involved may have forgotten all about the proposed new hospital. But a deal has finally been reached that allows the process to finally move forward to the Planning Commission and Board of Supervisors for up or down votes on approval.

There is so much emotion surrounding the CMPC project that any potential deal would leave bruised feelings among community groups with whom CPMC refused to directly negotiate. In addition, CPMC’s rocky track record with organized labor surrounded the entire negotiating process with distrust, which helps explain why a deal that brings San Francisco tremendous benefits is erroneously being viewed by some as a “sellout” and a bad deal.

Let’s look at the deal.

The strongest part of the proposed agreement is $20 million from CPMC for MTA transit facilities and service. The agreement funds the completion of the Tenderloin-Little Saigon Traffic Plan, reduces traffic speeds along Leavenworth, and includes millions of dollars for the Van Ness BRT.

The deal funds millions of dollars in lighting and streetscape improvements in the Tenderloin, and allocates $1.1 million for Lower Polk. It also funds a permanent “Safe Passage” program linking Tenderloin schools to after school programs.

On transit and neighborhood impacts, the Mayor clearly reached an outstanding deal.

I understand some housing advocates are disappointed that more money was not obtained, but this agreement should be put in the broader context of Mayor Lee spending all kind of political capital to get an affordable housing trust fund. That’s $50 million annually that will go solely for affordable housing – and now housing groups are going to claim the mayor did not fight hard enough to get housing money from CPMC?

Malcolm Yeung, who left affordable housing developer Chinatown Community Development Center to work for the mayor, was the key city negotiator with CPMC on housing. Yeung told me he is very proud of the deal achieved, and believes what it lacks in dollars it more than makes up by getting much earlier money for currently cash-starved housing groups.

On its face, the health care portion of the deal seems like a big winner for San Francisco. The city gets two new hospitals, an ironclad guarantee that St. Luke’s will be open for at least twenty years after rebuilding, $20 million for a new “Innovation Fund” for community clinics, an agreement by CPMC to accept 10,000 new Medical patients at Cathedral Hill. A minimum of 1500 of these new patients must come from the Tenderloin, whose clinics also get $5 million from CPMC so they can qualify for services under Obamacare.

What is not visible from the agreement is advocates belief that CPMC contributes far too little in charity care, and that the Mayor’s Office failed to get a substantially larger charity care commitment. CPMC’s charity care obligation was a major source of negotiations and friction, and I am in no position to challenge people I trust who say that CPMC’s contribution is inadequate.

But even if one assumes that CPMC is not doing as much charity care as it should, that hardly seems a big enough issue to justify opposing a $2 billion hospital project with all of the other attendant benefits.

Similarly, many health care activists were never satisfied with the “Blue Ribbon” commission finding that St. Luke’s Hospital could be downsized to 82 beds. But that decision was never going to be revisited as part of the CPMC agreement, and St. Luke’s future is much rosier with this development agreement than without it. In fact, Colleen Chawla, Deputy Director of Health, believes St. Luke’s “would have closed by 2020” (the deadline for seismically retrofitting hospitals) if not for this agreement.

Community groups have a long tradition in San Francisco of sitting down with developers and trying to carve out a deal. For the most part, that did not happen with CPMC because after a few negotiating meetings with the Good Neighbor Coalition the hospital chain insisted it deal with the mayor’s office directly.

CPMC was willing to deal directly with Tenderloin groups, because it saw its obligation as addressing its project’s traffic and streetscape impacts on the neighborhood. But it did not feel obligated to address citywide housing needs, and took a very hard line on such funding.

Community groups hoped to reach a Community Benefits Agreement with CPMC, but were left outside the negotiations once the hospital rejected such an agreement. Since the labor-based concerns of the California Nurses Association and National Union of Healthcare Workers cannot legally be addressed in the development agreement, the hope was that the mayor would not move forward until a CBA with the unions was reached.

That did not happen.

CMPC’s refusal to negotiate directly with community groups or sign a CBA was seen by many as a sign of disrespect. And it built anger toward CPMC and the proposed development agreement. But I would be surprised if the Board of Supervisors rejects the mayor’s proposal, or holds up the project until a CBA addressing labor issues is reached.

Could a better deal have been reached? It’s always possible for those not directly involved in negotiations to assume this. Critics have the advantage of arguing for a nonexistent “what could have been” against an actual agreement that can be picked apart.

I believe the agreement is a major step forward for San Francisco. We will create a link to the proposed development agreement once it becomes available so readers can make up their own minds.