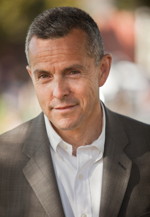 Mayor Ed Lee has appointed Rodrigo Santos to fill the seat of the recently deceased Milton Marks III on the San Francisco Community College Board. In naming Santos, a prominent structural engineer who has served on both the Building Inspection Commission and the Workforce Investment Board, Lee highlighted the crisis facing City College and Santos’ capacity to join with other trustees in saving the institution. Santos was a leading candidate for a College Board seat prior to his appointment, and now has a chance to show voters how he can make a difference as a trustee.

San Francisco Mayor Ed Lee used the appointment of Rodrigo Santos to the Community College Board of Trustees to reaffirm his own commitment to saving what he described as a “true urban community college.” Lee was angry after being blindsided by the report threatening City College’s accreditation, but is now rolling up his sleeves to ensure that the 90,000 students currently enrolled at the school continue to have a home.

Lee’s appointment of Santos was no surprise. Santos was the leading non-incumbent in the College Board race, and his engineering firm recruits from City College ranks. He is a politically savvy activist whose ability to get things done made him attractive to a Mayor with similar qualities; when Santos declared at the press event that City College was “an institution that must be saved,” he left no doubt that he would back his words with actions.

A founder of the group San Francisco Coalition for Responsible Growth (CRG), Santos has long been active in development and land use issues. He is expected to bring his allies in these fields into the fight to save City College, which faces a critical 2/3 vote on a parcel tax this November.

Santos described City College as having “the best teachers in the nation in terms of technical skills,” and noted that his longtime partner in Santos & Urrutia is a product of City College. Santos also made a powerful pitch for families with children to stay in San Francisco, noting that his twin children benefited from growing up in the city.