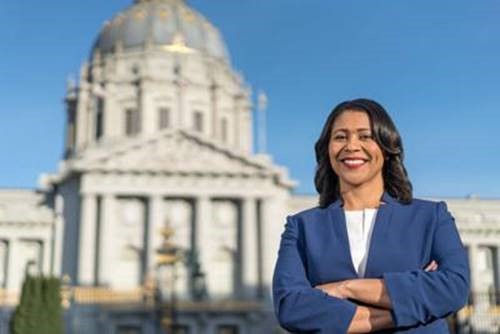 In Generation Priced Out I contrast Seattle’s primarily “by right” housing approval process with San Francisco’s. Seattle annually builds twice as much housing. I asked a Seattle Planning Commissioner what his body does. He said “we do planning.”

In contrast, San Francisco’s Planning Commission spends hours each week adjudicating disputes among neighbors. Many have an economic or other personal interest in stopping new housing.

Breed’s plan reduces costs for all 100% affordable projects. That alone is huge. With nonprofit per unit construction costs now exceeding $700,000 per unit, San Francisco has to bring costs down. Breed’s charter amendment will bring nonprofit costs down by expediting projects.

Breed’s plan also builds on HOME-SF by increased affordability for market rate projects. Builders willing to add at least 15% more affordable units on top of the 20-25% for standard inclusionary will see their approval time drop from roughly four years to around six months.

Builders typically operating under prevailing wage (which the charter amendment requires) will almost automatically accept the higher affordability in exchange for a three year faster approval process. For others it will come down to specific project costs.

I don’t think the public realizes how San Francisco has long traded away affordability in exchange for project delays. Builders can and will obviously charge less when they their project costs are reduced by faster approvals.

The Nuru scandal has led Supervisor Matt Haney and others to aggressively challenge the city’s housing approval process. Haney is not the first to question why highly paid permit expediters are essential to wade through the city’s unnecessarily complex process; nor is he the first to note how public officials, not just the head of DPW, are under pressure to help constituents navigate the system.

Breed’s plan ends once and for all a system that Haney and others believe invites corruption. People cannot denounce permit expediters and an alleged “culture of corruption” and then keep that system in place.

Breed unveiled her charter amendment a a week after the ambitious #SB50 was defeated by the State Senate. 9 of 11 San Francisco supervisors opposed the bill, believing that it wrongly interfered with “local control.”

Now San Francisco voters have a chance to take local control into their own hands. Breed’s measure does not change any neighborhood zoning as SB50 did, but it offers a real strategy to enable San Francisco to expand affordable housing and increase production overall.

As I detail in my book, San Francisco has not done very well at controlling its housing supply. Despite strong rent controls and eviction protections,  working and middle-class workers in the city are priced out of living there because the city refuses to build anywhere near enough housing. Our supervisors do a great job protecting existing residents; they have done poorly at ensuring that a new generation of non-rich have an opportunity to live in San Francisco.

Be sure to ask critics of Affordable Homes Now what their alternative strategy is to enable San Francisco to build housing for its workers who earn too much for government subsidized housing.  San Francisco has proven the nation’s leader in stopping housing, which has led $1.7 million median home prices and skyrocketing rents. Breed’s measure offers a more affordable future.