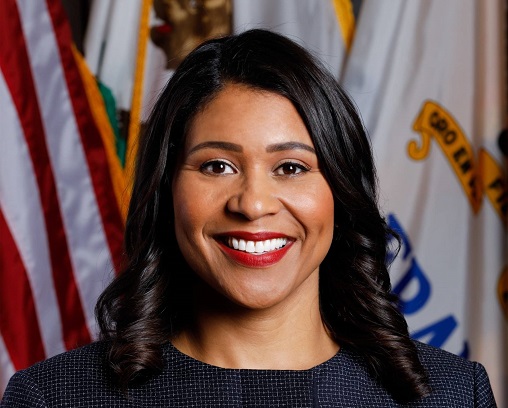 2020 has been terrible for America’s big city mayors. Cutbacks in public transit, restaurant and bar closures, huge numbers out of work and out of money—mayors bear the brunt of public anger over Trump and McConnell’s inaction.

San Francisco’s Mayor London Breed has been the exception. After Breed became the first big city mayor to announce a shelter in place order she became the one mayor whose stature was elevated by the crisis.  She won a deluge of positive national publicity for making a tough call before it was politically safe.

But I am hearing a lot more criticism of San Francisco’s mayor that goes beyond her handling of COVID. I’m not speaking about her dinner at the French Laundry, which I saw as over played by media but for which she graciously apologized.

I’m speaking about how the city is being managed. Or not managed. And the frequent lack of stakeholder input on policy decisions, which is becoming the norm,

Let me start with a situation that I deal with daily.

But it has not stopped. In fact, drug dealing in the Tenderloin has gotten worse.

The 100 and 200 blocks of Hyde likely have the most concentrated drug dealing of any two blocks in the entire United States. And while police make arrests, they have not been given the staffing to meaningfully impact the crisis.

If you think I’m exaggerating check it out. It’s so bad that a new restaurant set to open on the 200 block of Hyde has been force to delay opening for takeout because drug dealers block the entrance.

The problem is that the mayor’s expression of concern was not matched with new resources to address the problem. Nor was there any follow-up.  If the mayor’s office has inquired with any neighborhood stakeholders as to the neighborhood’s progress since the September media event it’s news to me.

San Francisco bemoans rising overdoses—-yet it maintains a huge open drug dealing supermarket only blocks from City Hall. People do not understand why city government cannot even make a dent in this problem. And why the mayor is not assigning resources to address the crisis.

Many are also confused by the Breed Administration’s approach to housing the unhoused in FEMA-funded hotels.

The mayor’s March issuance of a shelter in place order was immediately followed by an aggressive push to secure hotel rooms for frontline workers. But when shelter space was sharply reduced the city did not quickly shift the unhoused to the many tourist hotels whose costs FEMA would primarily pay (FEMA and state sources reimburse from 75%-93% of the costs).

This led the Board of Supervisors on April 15 to unanimously pass emergency legislation requiring the city to lease over 8000 hotel rooms. The Mayor responded that the city was seeking more hotels and that she did not feel bound to comply with the measure. Supervisor Walton responded, “I am trying to understand how the executive branch can totally disregard the laws of this city just because they simply disagree. The executive branch’s refusal to enforce laws passed by the Board of Supervisors sets a dangerous precedent, especially during a declared emergency.”

Why was Mayor Breed getting into a big fight with the Board over a hotel program that her staff was  aggressively trying to implement? A fight over implementing a housing program with primarily non-city funding? A fight that found virtually the entire nonprofit homeless service sector siding against the mayor?

Breed’s opposition overshadowed the tremendous job her administration did in transitioning over 2000 people from the streets and shelters into housing. Credit has instead gone to the Board or the lawsuit by Tenderloin stakeholders; forgotten is that it was the mayor’s staff who assembled the rooms.

The mayor then recently got embroiled in a similar conflict with the Board over her plans to phase out the FEMA-funded hotels (Known as SIP). The city, without consulting with nonprofits serving the unhoused, unilaterally decided to close several on December 21. The stated reason was money but FEMA funding was continuing.

Virtually every nonprofit organization involved with homelessness sided with the Board against the mayor’s December 21 closure plan. Why did the mayor move forward without their input? And why would the city seek to implement a strategy opposed by all of the nonprofits and the entire Board of Supervisors?

Last Friday HSH gave a more specific closure plan. But it gave no clear timing for acquiring the housing necessary to transition those housed in SIP hotels into permanent housing.

I’ve tried for months to get the city to start securing the permanent SRO housing stock needed for a smooth transition from SIP hotels. The city admits it needs more housing rooms and that Prop C can fund this housing.

But action continues to be put off, with few specifics provided. Trying to extract information about homeless policy from this administration is like playing “I’ve Got a Secret.”

It shouldn’t be this way.

Mayor Breed has announced some great policies, such as pushing to reopen schools, criticizing housing approval processes, and her vocal support—joined by her recent Prop H– for protecting small businesses. But her pattern of ignoring stakeholder input was a problem before the pandemic and has since gotten worse.

I could name many examples but among the most extreme is the city’s radical course change in plans for Better Market Street. SFMTA reversed a bike lane and renovation plan that was years in the making (and created with major stakeholder input) without even first soliciting stakeholder feedback on the proposed change. If the goal is convincing people that giving input is a waste of time, the Breed Administration is succeeding.

The mayor should also consider not routinely treating the Board as an adversary, particularly when so many votes against her position have been unanimous. The mayor can publicly disagree with the Board majority but creating unwinnable conflicts when constituency groups are against your position—as  occurs in homeless policy—does not serve her interests.

Mayor Breed remains in the top tier of big city mayors in handling the pandemic. But the necessarily  undemocratic nature of health care decisions during an emergency may contribute to her increasingly unilateral governance style. Health officials must follow science over public opinion; mayors’ still must set policies on other matters through a more collaborative approach.

San Franciscans are understandably frustrated by the pandemic. That’s why it’s more important than ever for San Franciscans to feel like government is listening to them. Mayor Breed  needs to do better at making this happen in 2021.