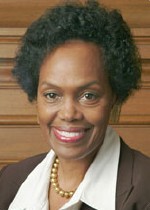 Supes Get Played As Newsom Runs the Clock

The battle to rescue Muni died a quiet death yesterday, as the Board of Supervisors failed to muster the votes to reject an unfair MTA budget. When Sophie Maxwell made it clear she would not be a seventh vote to hold the Mayor accountable, efforts to keep Muni affordable, prevent service cuts and an equitable way to “share the pain” in tough budget times came to a screeching halt. The budget may be better than what the MTA first proposed, but no progress was made after May 12th – when Board President David Chiu mustered out a pittance under trying circumstances. MTA chief Nat Ford admitted yesterday that none of Supervisor John Avalos’ proposed changes are in the budget, and left the Board with vague promises that Muni will “look into” more revenue. In other words, the Supes got played. The City Charter only gave them 30 days to reject the budget, and some had tried to use that time to negotiate a deal. But Gavin Newsom knew that if he just “ran the clock” and stonewalled the Board, Maxwell would eventually buckle and he would win – which is exactly what happened. None of which bodes well for the upcoming City budget …

Progressives have known for years that Newsom sides with Downtown, but it is not the Mayor’s policy views that are the problem here. The issue is more structural – our chief executive does not respect the City’s legislative branch, and has proven time and again by his actions that he will snub the Board on basic matters of budget priorities. By now, Supervisors should realize that they only have power if they “stick together” – as the City Charter technically gives them co-equal status with the Mayor. If a super-majority of seven agree to veto the MTA budget, they can effect change at Muni. If they do not, they become irrelevant.

When Sophie Maxwell announced at yesterday’s meeting that she would not support the Board’s motion to reject, she abdicated the only check Supervisors have in getting the right priorities for Muni. Without it, cash fares will go up to $2, Fast Passes will climb to $60 in January, riders will see a net service cut of $4.3 million – and shoulder four times the “budget pain” in fare increases than drivers are asked to pay in parking hikes. And of course, the MTA will still be paying $65 million in work orders to balance the budget of other City agencies – even though we have yet to see an audit.

It would be unfair for progressives to call Maxwell a “sellout,” because “selling out” would suggest that the politician won a tangible benefit in exchange for their action. Here, it is hard to see what she got out of voting this way. Maxwell said she “wants a date” when the MTA returns with a “parking study” to explore further revenue options. But now that the Board has approved their budget, what power do the Supervisors have to ensure this happens? The MTA’s proposed study is probably a stalling tactic, since they already had a plan to generate $9 million in parking revenue – which had been removed. Why let them off the hook so easily?

From the moment the MTA sent its budget to the Board of Supervisors last month, the transit agency – whose Commissioners are all appointed by the Mayor – has played a game of “chicken” and “delay” to exhaust any momentum for change. Seven Supervisors can veto Muni’s budget, but only if they act within 30 days. And Gavin Newsom knew that if he just “ran the clock,” enough Supervisors would conclude that they have to relent.

We initially saw some progress at the Board’s May 6th meeting, where David Chiu did a masterful job interrogating Nat Ford about Muni’s budget – and it became clear that the Supervisors had seven (possibly eight) votes to force MTA back to the drawing board. But then City Controller Ben Rosenfield noted that the Charter did not require anything to happen if the Supervisors rejected the budget. And if the MTA did nothing in response, the City would have to absorb Muni’s deficit in its General Fund – making the next budget fight even worse. To avert a showdown, Chiu asked Muni to “sharpen its pencils” and offered to help out.

Chiu then heard nothing from the MTA or the Mayor’s Office, until the night of May 11th – when they asked him to cut a deal for the Board to consider on May 12th. During that week, Newsom’s press office had been waging a preemptive attack on the Supervisors – scaring them with budget cuts if they dared stand up to the MTA. By the next day, Supervisor Bevan Dufty had backed off – and Sophie Maxwell was waffling. Chiu then walked into the negotiating room with no progressive allies to broker a deal with Newsom ally Carmen Chu, the Mayor’s chief of staff, and Nat Ford.

The upshot of these negotiations were not pretty. The parties agreed to $8.7 million in bus service enhancements (to compensate for $13 million in proposed service cuts), shaved $3 million off the “work orders” and lowered the Muni’s Lifeline Pass for low-income customers from $35 to $30. But most of the Supervisors had been left out of the discussion, and Budget Chair John Avalos then took the lead to see if more favorable changes could be made. He even led a delegation of transit justice advocates down to the MTA Office to meet with Nat Ford, but there were no concrete changes made – just a promise that the MTA Board would “consider” these proposals.

By yesterday’s meeting – the Board’s last chance before the end of the 30-day window period – Ford admitted that none of Avalos’ proposals were incorporated, and nothing had changed since May 12th except for more bad news from the state that may result in more cuts. Muni would get more expensive with less service, drivers would not pay their fair share of the budget pain, and the MTA would still be an ATM for the Police and 311. “I was hoping the MTA would sit down with us and amend the budget in a way that reflects a transit-first City,” said Supervisor David Campos. “This opportunity has been given to the MTA time and time again. We need to go back to the drawing board.”

But without Sophie Maxwell, the six progressive Supervisors did not have seven votes to go back to the drawing board. “By rejecting this budget,” said Maxwell, “we would be rejecting [the progress that] was agreed on May 12th.” But the changes made on May 12th was the product of political extortion – and backing down would end the opportunity to produce better changes. By capitulating to the Mayor, Supervisor Maxwell threw Muni riders under a bus.