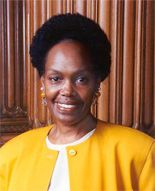 Tuesday’s Board of Supervisors vote imposing new interim controls in lower Potrero Hill may not have ended the battle over the issue. The Residential Builders Association is distributing thousands of campaign pieces attacking Supervisor Maxwell’s sponsorship of the plan, and is exploring pushing for her recall. Unlike the two previous efforts to recall Maxwell, this effort will not be hampered by a lack of funds.

Recall elections are rare in San Francisco, with the last coming in 1982 against Mayor Dianne Feinstein. The recall campaign was led by a group called the White Panthers, and the failed effort boomeranged, as even people who were not big fans of the mayor rallied to her defense.

Traditionally, recalls are supposed to be reserved for addressing official malfeasance or corruption. This has always been my view, but as we learned last year, most Californians feel differently.

Governor Gray Davis did nothing illegal or immoral to justify a recall. But voters threw him out of office only one year after he won re-election. Davis was blamed for an energy deregulation law signed by his predecessor and for a state budget deficit that his successor has also been unable to solve.

Sophie Maxwell was elected in 2000 on the strength of her mother’s name (Enola Maxwell is a legend in Potrero Hill) andthe weakness of her opponents. She ran unopposed in 2002, and would next face the voters in 2006.

Some political insiders believe that ranked choice voting (rcv) has become akin to an incumbent protection act. Incumbents who would have difficulty achieving 50% of the votes are spared from meeting this goal under rcv; for example, both Jake McGoldrick and Sean Elsbernd kept their seats despite receiving less than 40% of first-place votes.

If you accept this logic, then Maxwell is likely unbeatable in 2006. Those seeking her defeat figure their chances are much better in a recall election, where Maxwell will have to get 50% of voters to reject the recall.

A recall campaign against Maxwell would put racial politics at center stage. As the city’s only African-American supervisor, she would undoubtedly ask why she has been targeted while incompetent white politicians did not face a recall. If a majority white male organization like the RBA was driving the recall, the Supervisor could successfully rally the troops by framing the recall as racial and gender based.

The most recent recall effort aimed at Maxwell was backed by many African-Americans, including Willie Ratcliff, the publisher of the Bayview Newspaper. Dissatisfaction with Maxwell’s performance is widespread in Bayview, particularly among progressives.

Anti-Maxwell sentiment was palpable at yesterday’s Board meeting that approved-with Daly and Gonzalez dissenting-a Maxwell-backed plan for the Hunters Point Shipyard. The convergence of these racially diverse, neighborhood-based forces could dispel the claim that a bunch of white builders are trying to oust a capable Black leader.

The Concerned Property Owners are already distributing literature targeting Maxwell. The front of its four-sided piece shows a $50 bill being cut with the caption “Believe it or not, Sophie Maxwell’s solution to our budget crisis is to cut and eliminate revenue.”

The inside pages show money being burned with the caption “Sophie Maxwell must think we have money to burn.” There is then a listing of the allegedly $45 million in lost property taxes, real estate transfer taxes, school fees and permit fees that will be lost due to Maxwell’s proposed restrictions on new housing in lower Potrero.

The piece then lists many of the programs slated for cuts due to the city’s deficit, as well as the Muni fare hikes, layoffs and service cutbacks.

The best part of the piece from a visual standpoint is the back, which shows a bottle of Anchor Steam Beer and charges Maxwell with putting the interests of millionaire Brewery Baron Fritz Maytag ahead of other San Franciscans.

Will this piece or any follow-up literature convince anyone to support a recall? Who knows. Most people have turned off their political sensors until next year, but those desperately working to avoid layoffs and budget cuts may be interested.

If the recall election goes forward, it will occur either in June or November. Both would be expected to have low turnouts, and the former might only involve District 10. In either case, absentee voting will likely play a decisive role.

Can Maxwell raise the funds necessary for a strong absentee campaign? This is unclear, as is her overall fundraising capacity. In contrast, her opponents will not proceed unless they have the resources on the ground and in the bank to win.

While the entire district-elected Board of Supervisors was recalled in a special August election in the early 1980’s, I am unaware of prior efforts to recall a single supervisor. Voters felt the buck should stop at Gray Davis, but a similar argument cannot be made toward only one of eleven supervisors.

So recalling Maxwell may be far more difficult than many think. As the exploration continues and polls are taken, we should soon know if the recall campaign against Maxwell will become a reality.