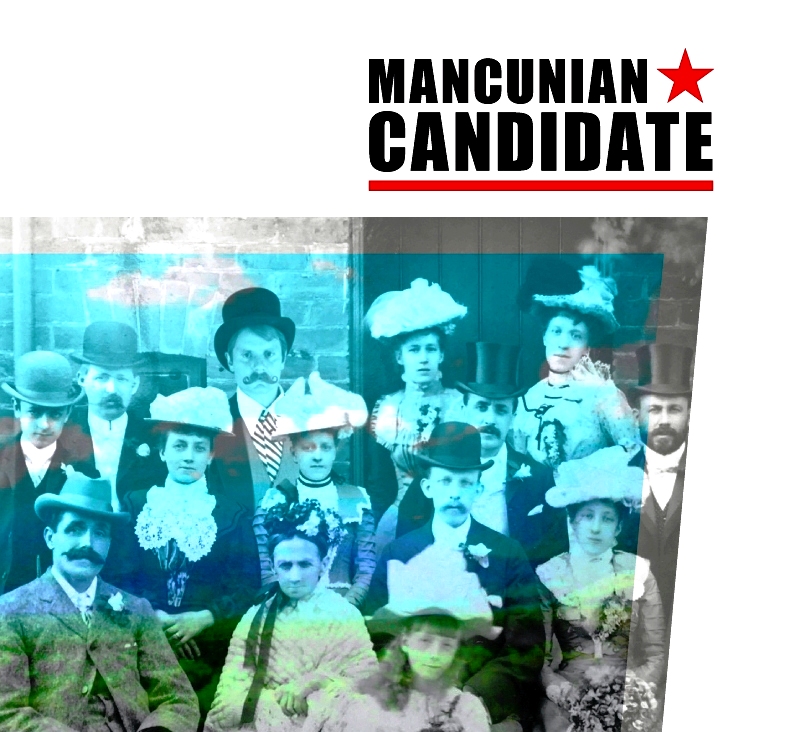 Matt Swindells, an extraordinarily gifted drummer, composer, multi-instrumentalist, and Manchester ex-patriate who makes his home in San Francisco these days, provides the rhythmic pulse for some of the Bay area’s finest jazz musicians. Swindells has also lent his talents as both a drummer and vocalist in the highly acclaimed progressive rock band Moth Vellum; collaborated with Matt Bissonette singing lead vocals on the bassist’s 2004 release Raising Lazarus, which featured a Swindells original “Money in My Tea”; touring for electronic music pioneers Fila Brazillia and wrote, drummed and sang on Fila’s final opus Dix (2004). Swindells new album, “Mancunian Candidate” marks his return to the world of “progressive, melodic and symphonic rock. Mancunian Candidate is a nine-song conceptual and cathartic set that ranges from vast cinematic and pastoral landscapes to angry, sneering and satirical rock.”

Swindells’s lyrics reference current world affairs but were inspired by a collection of short stories from the turn of the 19th century. The album wrestles with age-old issues of class division (Garden Party), abuse of power (Masque of the Red Death), consequences of unchecked corporatism (The Phoenix; Circle Lies Unbroken), the sham of organized religion and cultism (Secret of a Saint), and the perpetuation of war (Mongers Among Us; Too Much to Lose).

The songs echo and empathize with, the desperation and anger in a world that seems to be spinning out of control, regressing rather than progressing.

Mancunian Candidate has a uniquely “Swindells Sound” but one can detect a lathering of Genesis and Yes; (notably on the opening tune “Garden Party”); a hint of The Police, Rush and It Bites; a dash of Foo Fighters, The Roots, 10CC, Maceo Parker, Dixie Dregs, Thomas Dolby, Steely Dan, and even the Mahavishnu Orchestra (particularly on the song “Circle Lies Unbroken”), and the kitchen sink.”

Swindells’ Mancunian Candidate is a refreshingly suberb effort, echoing the spirit of those great prog rock groups of England’s Canterbury era, like the aforementioned Genesis, Gentle Giant, Hatfield of the North, and yet inspired with the modern sensibility and originality akin to more contemporary prog artists like Steven Wilson. If you like prog, you’ll love Mancunian Candiate.