A Mary Poppins Twist on Trump 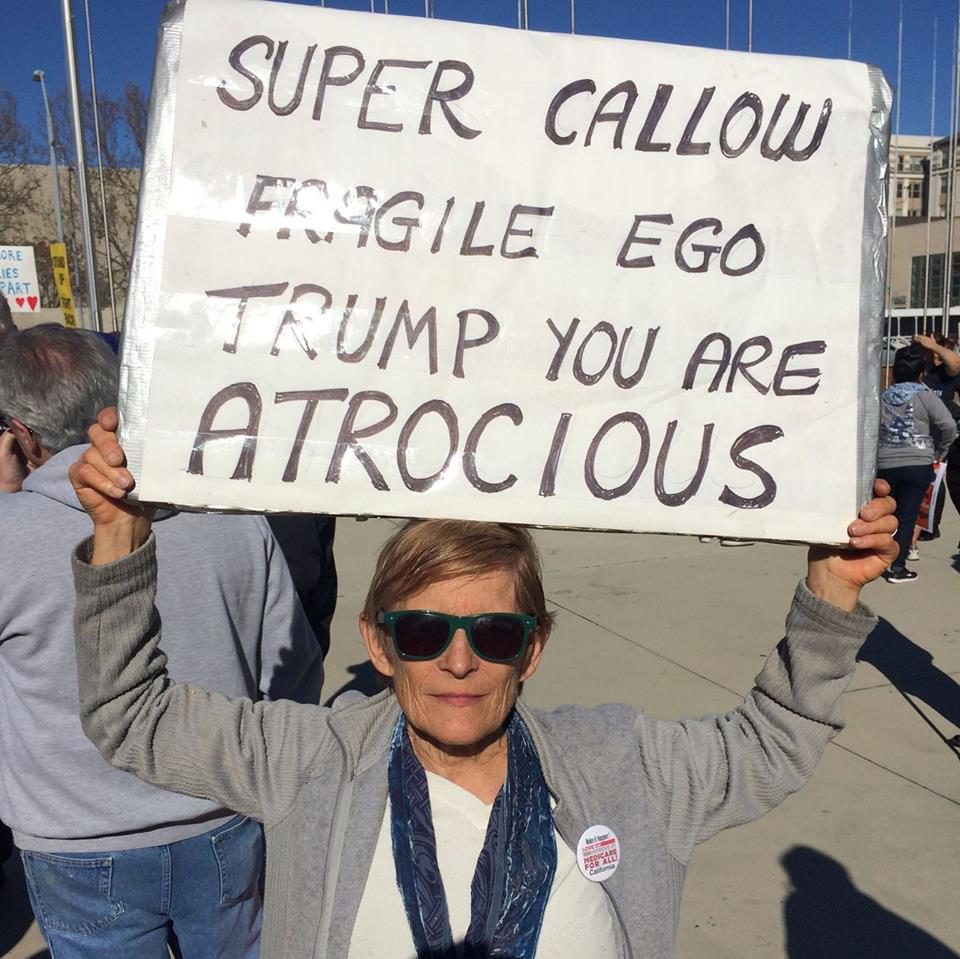 In searching for a song for the women’s march next Saturday,  San Jose Civil rights lawyer Mandy Hawes came up with this brilliant alternative to the Mary Poppins’ classic super-cali-fragilisticexpialidocious.  She is pictured here holding the sign she made for an immigrant-rights march in San Jose.  Her friend Adam Finkel added the “braggadocious’” line, and BeyondChron contributor Lainey Feingold rounded out the lyrics.

Here are the lyrics:

An awful thing befell the land

So many things were wrong with him another word was needed

So sad were they about the man assuming the office high

Another word came to their minds

to become a battle cry

If you keep on tweeting stuff the entire world will cringe, it’s