Martin Luther King and the Struggle for Economic Justice 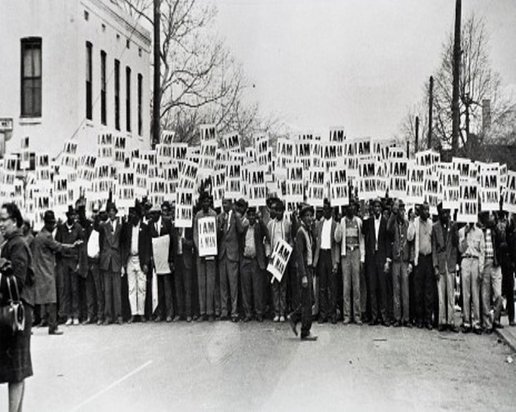 Often forgotten is his lifelong belief that a “radical restructuring of the architecture of American society” was needed, and that the fight for racial equality and the struggle for economic justice are intertwined.

As University of Washington historian Michael Honey demonstrates in his book, “All Labor Has Dignity,” for King, race and class were inseparable and only a mass interracial movement of poor and working people could achieve inclusion and full citizenship for all.

A decade of peaceful demonstrations, mass civil disobedience, and community and labor organizing pressured Congress to approve the Civil Rights Act of 1964 and the Voting Rights Act of 1965. This legislation dismantled segregation in the south, barred discrimination, and protected minority-voting rights. However, after the 1965 Watts riot in Los Angeles, fueled by poverty and police brutality against African-Americans, King urged the black freedom movement to “go beyond” civil rights and initiate “phase two” of the movement to win “economic equality.”

In 1967 King denounced the “triple evils of poverty, war, and racism” and attempted to unite a broad coalition of civil rights, religious, and labor organizations in a “human rights” campaign, with economic justice at the center. Bayard Rustin and A. Phillip Randolph’s ‘Freedom Budget,’ developed by civil rights and trade union leaders and others best captured his vision. It included:

+A full employment federal government policy that would provide public works jobs for those idled by capitalist boom and bust cycles;

+A guaranteed minimum income to prevent those unable to participate in the labor market, due to automation, disability, age, or caregiving obligations, from falling into poverty;

+Conversion from the permanent war economy of the Cold War and Vietnam War, which he strongly opposed, to a peacetime economy based upon public investment in education, healthcare, housing and infrastructure;

+Raising the minimum wage to a living wage, to enable working families to afford basic necessities, and extending minimum wage coverage to such previously excluded workers as farm workers, domestics, and retail workers.

King called for fusion of the civil rights and labor movements to fight for this vision (more than 30 percent of Americans were union members in 1960 compared to 11 percent in 2014). He believed the “duality of interests of labor and Negroes” could lead to the convergence of those two social movements.

King claimed that only unions could unite workers across the color line, curb the power of large corporations, and gain economic security for workers. In 1959, he participated in a strike led by white, black, and Puerto Rican hospital workers for union recognition in New York, declaring that the campaign was “more than a fight for union rights, it is a fight for human rights and dignity.”

According to King, unions were the “first and pioneer anti-poverty program,” but labor organizations, King argued, must become ‘civil rights unions’ by eliminating racism and discrimination within their ranks, aggressively organizing the nonunion south and the emerging service sectors, and lobbying for reforms like Medicare, Social Security, and health and safety and environmental regulation that would benefit union and nonunion workers alike.

King’s involvement in two 1968 campaigns reflected his commitment to building a multiracial movement for economic justice. A multiracial coalition backed the Poor People’s Campaign, which established an encampment in Washington, D.C., to press for both an ‘Economic Bill of Rights’ and new priorities for redirecting federal Vietnam War spending to address widespread poverty in the inner cities blighted by deindustrialization, white flight, and decaying infrastructure.

“You are reminding not only Memphis, but you are reminding the nation, that it is a crime for people to live in this rich nation and receive starvation wages. Do you know that most of the poor people in our country are working everyday? They are making wages so low that they cannot begin to function in the mainstream of economic life of our nation. These are facts, which must be seen. And it is criminal to have people working on a full-time basis and a full-time job getting part-time income.”

Today, the growing resistance to the assault on voting rights, the upsurge of the immigrant rights movement that demands a halt to mass deportations and a pathway to citizenship for all undocumented residents, and the explosion of protests that oppose racially-motivated violence against black and brown youth and demand police accountability, all suggest that we are witnessing the birth of a new civil rights movement.

King’s vision that links civil rights to the struggle for economic justice is more relevant than ever now — particularly given the stagnation of hourly wages and dramatic growth of the working poor in the nation, and in California.

Hourly wages over the last three decades decreased for the bottom 60 percent of California workers, and earnings for the lowest paid 10 percent declined by more than 7 percent, according to UC Berkeley economists Michael Reich and Sylvia Allegretto.

The Women’s Foundation of California found that by 2012 one-third of California families were among the working poor, with at least one member reporting income from work and with annual incomes of less than $45,400 for a family of four.

As a result, we are now witnessing increased organizing in the Golden State by young workers, workers of color, and immigrant workers who are bridging the civil rights, immigrant rights, and labor movements.

In addition, the approval in 2014 of municipal minimum wage and county living wage laws significantly above the $9 an hour state minimum wage—ranging from $13-$19 an hour–in Richmond, Oakland, San Francisco, Sunnyvale, Los Angeles, San Diego and Santa Clara County, should once again focus the attention of Californians on the struggle for economic justice, and the enduring radical legacy of Martin Luther King.