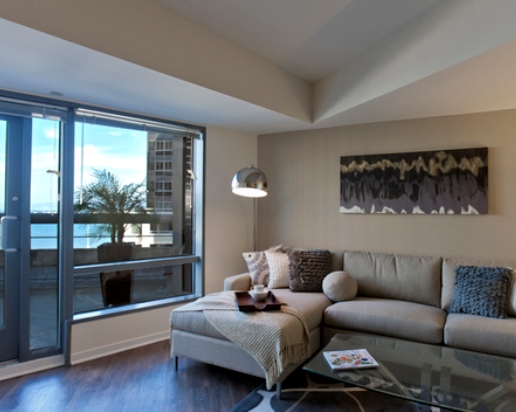 Below market rate units—both apartments and condos—have been offered as possible solutions to San Francisco affordable housing crisis. But BMR condos have proven to be more of a nightmare of an investment than answers to the crisis, while apartments are in fact no less as glamorous.

Tenants at the Carmel Rincon Apartments have been organizing for rights as BMR residents for the past 25 years. Their rights as BMR tenants are extremely limited, and they cannot take their cases with the Rent Board. Most tenants’ rights organizations do not offer much services and help to such residents with the exception of a few like the Housing Rights Committee.

“The city can’t just create these programs, and say that’s good.” Dave Osgood of the Rincon Center Tenants Association. “They got to be monitored.”

The RCTA has been instrumental at providing BMR residents with resources regarding rent increases and building issues, but such organizing of BMR residents is rare. Osgood believes that the city needs to lead a stronger effort at BMR protections, and one way would be to create a network between all of the residents. A Board of Supervisor hearing on the subject was scheduled for July 14, but was postponed.

The Carmel Rincon Apartments have some of the oldest inclusionary housing in the city, and Osgood has seen the amount of BMR rentals dwindle from close to half of the development to a quarter. Tenants are faced with inconsistent rent increases every year, and management has neglected to maintain BMR units, while market rate ones have been renovated. This two-tiered system within such developments calls into question BMR units as viable forms of affordable housing in the city.

“The city has to work to monitor,” Osgood said. The Mayor’s Office of Housing is charged with facilitating the BMR rental process, but has been less than helpful, he says. “MOH has not done a very good job at doing that.”

Rent increases in BMR rentals are currently linked to the Department of Housing and Urban Development’s published annual median income reports. This means that rent increases have ranged from as high as 9% in 2008 and hovered around 6-7%.

Rent increases have been extremely inconsistent, and while the AMI has dropped four times since 2000, the MOH has not reduced rent despite claiming that rent decreases were possible. They have always increased rents when the AMI has gone up.

Osgood said that rents were increasing so high that they had to ask the city to implement a $100 buffer to prevent BMR rents from surpassing market rate costs.

“They’ve told us that you’re the only ones that speak out about it,” Osgood said. “Then the issue is, what is happening at these other buildings? Are they paying more than the market rent?”

As more BMR units are constructed, having a network of tenants to communicate with each other will give more rights and oversight.

Osgood said that tenants at Carmel Rincon have had their leases withheld, and are generally at the mercy of the building management when they recertify their incomes to qualify for BMR housing.

Others have had rent increases of up to 40% because AMI changes affect the income ranges that determine BMR tenants’ rents. A resident at Carmel Rincon, Iris Lo, is currently facing a 35% increase because she received a promotion at her work that pushed her slightly into the next income bracket.

“Initially, I was told that there was going to be a rent freeze for the first year,” she said. “I contacted management what the rent increases was going to be.”

“It’s not like with my promotion I’m getting a $500 increase,” Lo said. “I have to figure out how I’m going to pay everything.”

These concerns of massive rent increases are certainly not limited to just the Rincon Apartments, and Osgood says that organizing with other tenants will help others be more informed of their rights and put pressure on the Mayor’s Office of Housing to regulate these issues.

“I would certainly welcome BMR tenants from other buildings contacting us,” Osgood said, “because we’d love to build a coalition. There needs to be a coalition.”

Everyone has a bad day. We don’t discount the fact our writers sometimes have bad days. The difference between our dissertations and those of other companies is the fact bad work doesn’t go forward. Bad work is removed from the system immediately. Our writers work closely with a quality control team. The quality control team is made up of professional writers and editors who can spot mistakes from a mile away. They inspect every piece of work before it goes out. If it isn’t up to scratch they’ll send it back.