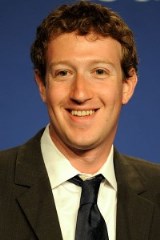 Within about a month of the debut of Fwd.us, Mark Zuckerberg’s new DC lobby outfit aimed at promoting immigration reform, the group is already falling apart. If this week is any indication, the meltdown will be as spectacular and ignoble as every other ill-conceived, overfunded start-up in the Valley.

Fwd.us’ political problems began the way they usually do: with a cynical, too-cute-by-half strategy adopted by his Beltway proxies. Fwd.us’ approach amounted to this: Buy the votes of key lawmakers by dumping money into ads in their home states on issues that are useful to them but that Mark Zuckerberg doesn’t care about.

What that has meant in practice is running commercials supporting South Carolina Senator Lindsey Graham for his bold opposition to Obamacare and his support of the Keystone XL Pipeline, and applauding Alaska Senator Mark Begich for his support for drilling in the Arctic National Wildlife Refuge. Since Fwd.us doesn’t want its own brand associated with such unsavory positions, it’s done what “special interests” always do: It has set up ad hoc shell groups to front its ad buys, in this case, “Americans for a Conservative Direction” and the “Council for American Job Growth.”

The problem with this approach, Zuckerberg is learning, is that when you pull together a coalition to fund your lobbying campaign, it’s not enough just to grease your way into political influence in the Capitol. You also have to answer to the people who cut your checks. That’s especially difficult when some of them have actual integrity.

On Friday, PayPal billionaire/Tesla founder Elon Musk pulled out of Fwd.us, objecting to the group’s crass exploitation of “other important causes” in its myopic pursuit of its immigration policy agenda. He was joined by another PayPal alum, David Sacks.

It’s incredible to conceive of Zuckerberg not seeing this coming. After the ANWR and Keystone Pipeline ads ran, the Sierra Club, the League of Conservation Voters, MoveOn.org and a number of other groups put out a joint statement condemning the tactic and announcing their suspension of ad buys on Facebook. Musk’s entire business persona rests on his reputation as a visionary of sustainability and green entrepreneurialism. Even if he’d wanted to, it would have been all but impossible for Musk to continue participating in Fwd.us after it had been exposed for shoveling his money into ads supporting fossil fuels and Big Oil.

Another, more subtle design flaw in Fwd.us’ cynical approach is noted by an anonymous “tech lobbyist” in an article in Fortune:

One tech lobbyist says the approach, by avoiding any mention of the immigration debate itself, sends the message that FWD.us is “afraid of its own issue. They’re saying, ‘We want you to vote for this, but we don’t want to get you in trouble.’”

Of course, it may well be that Fwd.us is afraid of its own issue. Zuckerberg, after all, isn’t interested in immigration reform as a human right; he’s interested in facilitating Facebook’s acquisition of work visas for foreign-born software engineers. Narrow as it is, that’s not an objectionable policy goal in its own right. But nor is it a font of moral conviction burning in the heart of a champion for the nation’s oppressed. This is Mark Zuckerberg we’re talking about.

Fwd.us’ lobbying approach reflects the worst of DC-style politics: it’s cynical, it’s transactional, and it’s predicated on using critically important social and ecological issues as pawns in a chess game. Worse for Zuckerberg, it’s ineffective. Filled with Silicon Valley hubris, Fwd.us boasts about its “innovative” and “disruptive” approach to politics. But so far, the crude tactics it has adopted are as old as politics itself, and clumsily handled at that. To pull off a strategy as calculated and risk-fraught as this one, at the very least you’d need an extremely dexterous hand. Instead, Fwd.us’ sneaky back room dealmaking has been exposed to the world by every major news outlet from the New York Times to TechCrunch. Zuckerberg’s hired political hands have fingers made of butter.

If Zuckerberg really wants to wield influence in the immigration debate, he needs to stop pretending he’s a guest star on House of Cards and start getting serious about the issue. Though at this point, he’s probably better off recognizing Fwd.us as the failed start-up it is, folding up shop and selling the office furniture on Craigslist.

This piece first appeared in dogparkmedia.com