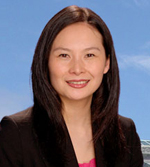 Perhaps the only competitive race for the Board of Supervisors this November will take place in the Sunset District, where seven candidates will duke it out to take over the seat vacated by Supervisor Fiona Ma. Of the seven, four will probably be the real contenders, including the downtown-backed, Newsom endorsed City Hall insider Doug Chan; longtime conservative bastion Ed Jew; the real-estate industry connected Ron Dudum; and relative newcomer Jaynry Mak. A former aide to Supervisor Ma, Mak quickly made headlines when she pulled in over $100,000 for her campaign, bringing allegations from the San Francisco Chronicle of improper fundraising. Beyond Chron interviewed Mak about her political beliefs and plans for changing the city.

What issues are most important to your campaign?

I’m running because I think San Francisco needs new leadership for a changing city. San Francisco used to be a haven for working people and working families, and now working people struggle to make a living in san Francisco. Teachers, nurses, firefighters and many others can’t afford to live in the city where they work

What are some of the strategies you want to use to change that?

I will work for affordable housing. I believe if you work in San Francisco, you ought to be able to live in San Francisco. Ideally, you ought to be able to own a home in San Francisco. I think there’s a big crisis – a lot of the families out here in the Sunset, when their kids are old enough to go off to college, they go. Then after they graduate, they come back and move back into their family’s home. And that’s a big problem. A lot of my own friends and the people I know have the same problem – they’re a renter and they want to transition into being a homeowner. They realize in San Francisco that’s never going to happen for them, so they re looking outside of the city.

I also am supportive of an affordable housing bond that would provide assistance to first time homebuyers and help the city’s most needy.

Did you support the recent changes to the inclusionary housing ordinance?

I was supportive of that, yes. Even when it was 12 percent, when it went to the board they looked at it on a case by case basis, and it was sometimes raised. I am supportive of that too. What I would offer to the inclusionary housing policy is that some of those units are not just studios and 1-bedrooms, but there would be some 2 and 3-bedroooms so families have some opportunity to take advantage of those units.

Doug Chan probably represents your most formidable competition. How do you distinguish yourself from him?

I am a native San Franciscan who’s lived out here in the Sunset almost my entire life. I’ve been very active in the Sunset community. Look at my record out here – I’ve been out with the residents and the people that live and work out in the Sunset, cleaning up the graffiti, picking up the garbage, working with them to fight antennas that are going up I actually have a direct working relations with people out there – I’m not someone who is running for office and now showing up at community events trying to get involved in the issues that effect them. I’ve been here.

What are your thoughts on the recent allegations printed in the Chronicle regarding your fundraising strategies?

I think that it’s low-handed tactics by my opponent to try and distract me from getting my message out. It hasn’t been successful in doing that. I’m continuing to do my thing. I had many contributors on my filing, and they picked out a few contributors, most notably the Superior Palace, which are extended family members of mine. For many of them, I was the one who first registered them to vote, and they support me. I am humbled by their sacrifice to help me get elected to be the next District 4 supervisor in the sunset and to fight for the working class people.

Where would you put yourself on the local political spectrum?

I would say I’m right in the middle. I see that the Board has the four Mayoral votes and the other side, and I think I’m in the middle of that. I want to bring people together to work on a compromise.

The Westside happens to be very conservative, and I am from the Westside. My parents came to the U.S. as teenagers, got married at a very young age, and came here with $200 in their pockets. Each worked three jobs to raise three children, and my older brother and younger sister and I raised ourselves. So I witnessed first hand working families, and those are the people I want to represent.

What are your thoughts on the Ellis Act?

I am supportive of Assemblyman Mark Leno’s efforts to prohibit Ellis Act evictions from pure speculators. I believe there are better paths for home ownership.

What’s your relationship to the Mayor?

We have a working relationship. I obviously worked with him as a legislative aide.

Were you let down that he didn’t endorse you?

I think it was politics. I have some big endorsements, including Leland Yee and Fiona Ma, which I think are big because they’re the two highest-ranking Asian American officeholders and they’re both residents of District 4.

Is there anything on this November’s ballot you’re excited about?

I am strongly supporting sick leave for San Francisco workers. I also support Ross Mirkarimi’s ballot measure to ensure that renters who are evicted for no fault of their own are adequately compensated. My reasoning for that is so they can relocate in san Francisco.

Would you consider yourself a candidate for tenants?

I own property in San Francisco, and I’m still supporting Ross Mirkarimi’s ballot measure because I feel it’s the right thing to do. I’m someone who’s going to look at everything on a case-by-case issue and not just vote one way.