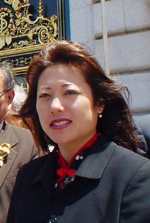 In what could have been a shocking flouting of the public process, the Mayor’s Office of Community Development (MOCD) was rebuked yesterday in its attempt to get its proposal for the allocation of this year’s Community Block Development Grant (CBDG) past the Board of Supervisors Budget and Finance Committee. Midway through a sparsely attended hearing on how to spend the CDBG funds that support over 100 community programs, it was revealed that MOCD’s website specifically stated public comment on CBDG would be open until mid-May. When asked to explain why so few groups attended such an important hearing, Mayor’s Office of Housing head Matt Franklin stated it was “a good thing” that not many people showed up. Supervisor Fiona Ma protested, then played the lead role in forcing the continuance of the item until next week, which will buy vital time for the many groups affected by the grant.

Under the Bush Administration, CDBG has been slashed, forcing MOCD to make a wide array of cuts to various programs. Up until yesterday, the city had overseen a relatively public process as to how these cuts should be enacted.

That all changed with yesterday’s Budget and Finance Committee hearing. Previous to the hearing, MOCD posted information on its website – the only source of information on the CDBG process for most community groups – that public comment on the issue would be open until May 11.

Yet MOCD and MOH came to the hearing with a fully prepared proposal of how to allocate the funds, and where cuts and increases should occur. Ma peppered representatives from both organizations as to how the proposal had been created without allowing time to complete the public process.

Neither had a definitive answer. When Supervisor Chris Daly asked why notification of the Budget and Finance Committee hearing was not placed on the MOCD website, MOCD head Fred Blackwell simply responded, “I don’t know.” And when Ma asked Franklin why so few people showed up to testify at a hearing affecting so many people, Franklin responded by saying that the low attendance was a good thing, because it showed massive buy-in to his proposal.

Ma disagreed with his assessment, and asked for a continuance so affected community groups could have their say. The one-week continuance was granted, giving those groups ample time to review MOCD’s proposal.

In addition, the Committee reinstated $5,500 in eviction defense funding that will primarily go towards defending victims of the Ellis Act.