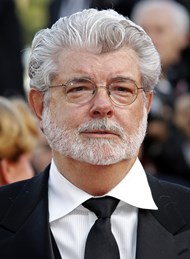 As George Lucas seeks a home for his self-funded museum, he might turn his attention to San Francisco’s Mid-Market. Lucas’ 95,000-square-foot “world-class museum for the future” would fit perfectly into the stalled Market Street Place project, and would attract far more visitors in that central location near BART than in the Presidio.

The saga of Star Wars creator George Lucas’s quest to find a site for his $700 million self-funded museum is starting to resemble a plotline from his films. It also reminds us of Donald Fisher’s effort to get a public space to house his personal collection, which ultimately was resolved by his works going to the expanded SFMOMA.

Lucas should consider Fisher’s example and seek out a privately-owned location accessible by public transit, walking and bicycles which has as much foot traffic as almost anywhere in the Bay Area: San Francisco’s Mid-Market. I am particularly thinking of the onetime CityPlace now Market Street Place shopping center, whose inability to attract an anchor tenant has stalled the entire project.

According to its website, “The new heart of the Mid-Market retail corridor, Market Street Place offers 250,000 square feet of retail space and a striking glass-front exterior at 935 Market Street – 965 Market Street. A gleaming symbol of the new retail market, Market Street Place is where San Francisco’s retail, business, arts and culture are destined to thrive. This is the center of the Bay Area’s retail future.”

Lucas only needs 95,000 square feet. His museum could be the perfect ground floor tenant for the space. And the visitors it would attract to Mid-Market would have the same positive spillover effect for nearby bars, restaurants and small businesses as was projected for the shopping center plan.

Because the original CityPlace shopping center was approved prior to Twitter and other tech companies coming to Mid-Market, its importance to the area’s revival is often forgotten. It may be that everyone assumes that because the project was approved and demolition completed, that a sparkling new shopping hub in the critical sector of Mid-Market between 5th and 6th Streets would soon appear.

But changes in the nation’s retail industry have made it harder for Market Street Place to find an anchor tenant. The project was always conceived as including stores that were a step down in price from the nearby Westfield shopping center. In fact, J.C. Penney was a rumored potential anchor tenant.

J.C. Penney’s, Sears and Target are among the national retailers catering to the working and middle-class whose market share has been flat since 2006. That Market Street Place remains without an anchor tenant amidst San Francisco’s economic boom reflects these national chains reluctance to take on new space.

Would George Lucas want to anchor one end of Mid-Market while Twitter and Market Plaza hold down the other? It sounds too logical to happen. But Lucas’ eclectic museum is a much better fit in Mid-Market than in some remote part of the Presidio. If the Market Street Place owners are interested, Lucas should give their site a serious look.

May the Force be with him.

Randy Shaw is Editor of Beyond Chron. His new book is The Activist’s Handbook, 2nd ed.: Winning Social Change in the 21st Century