Has London Breed Pulled Ahead? 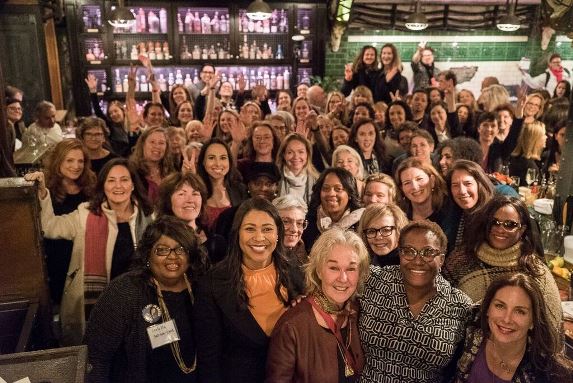 In the past two months, San Francisco’s June mayor’s race has escalated. London Breed now appears to be the frontrunner, and Jane Kim is showing surprising strength. Mark Leno’s momentum has slowed.

My view that Breed leads the race goes beyond a very recent poll showing Breed easily in the lead and Kim and Leno in a tight race for second.  After all, as we learned from David Binder taking two January polls within a week and getting very different results,  polling at this stage is volatile (Binder’s more publicized poll  had Breed ahead of Leno by a 33%-16% margin, an outcome most attributed to her high identification as Acting Mayor during the polling period).

Political insiders I spoke to about this race shared my assessment that Breed is now the frontrunner. Here is why.

In January I predicted Mark Leno would win the mayor’s race. This was primarily because I saw him as “the perfect candidate for an electorate impacted by national politics and hungry for Change.” But voters seeking change are instead backing Breed or Kim  rather than Leno.

The obvious answer is the circumstances surrounding then- Acting Mayor  Breed’s ouster by the Board.  Hillary Ronen’s claim that the African-American Board President who grew up in public housing would be a mere tool of “rich white men” galvanized women and African-American voters.

As I wrote a month ago, this denigration of the impact women and non-white males have had in San Francisco politics is false. Many see it as racist and sexist.

A City Hall power play to prevent “rich white men” from having power via an African-American woman handed the Acting Mayor’s job to a rich white male tech investor. Is it any wonder that women locally and nationally see electing Breed as sending a strong statement about women’s political power?

Breed’s unceremonious ouster turned a candidate backed by Willie Brown, Ron Conway and other powerful interests into an outsider. I know this perception infuriates some progressives, but it reflects voter attitudes.

Women’s support for Breed has also been boosted by the broader cultural conversation, particularly  the #MeToo movement and broader activism around employment discrimination against women. Breed has connected with women still angry over the media’s sexist coverage of Hillary Clinton and the misogyny that elected serial sexual harasser Donald Trump.

Chelsea Handler, Goldie Hawn and Gabby Giffords have all come out strong for Breed. A PAC supporting Breed promoted a video showing how San Francisco has only elected one women mayor in history, sending the clear message that electing an African-American woman is a vote for real Change.

Breed’s candidacy has also coincided with a renewed national focus on historic, systemic and ongoing discrimination against African-Americans.

The report on the 50th Anniversary of the Kerner Report found African-Americans making little progress, and in key cases doing worse. Oprah Winfrey’s remarkable Golden Globes speech announcing “Their Time is Up!” spoke directly to the struggles of African-American women.  Add to this the NFL’s racist blackballing of Colin Kaepernick, the local excitement over the Warriors visit to the National Museum of African American History, the ongoing power of Black Lives Matter and our overtly racist President— the San Francisco mayor’s race is unfolding amidst high sensitivity to the systematic injustices perpetrated against African-Americans since they were brought here as slaves.

Some see casting a ballot for London Breed as a small step toward addressing these historic injustices. They do not care how she voted on a particular issue at the Board; they see Breed as successfully overcoming the triple barriers of poverty, race and gender to position herself as a possible San Francisco mayor.

Critics of “identity politics” will not like this analysis. But it is a fact of political life.

Leno has faltered for three reasons.

First, Leno’s historic attempt to become the city’s first gay mayor has not galvanized voters. Nor his fellow gay politicians.

Gay political icon Tom Ammiano has endorsed Jane Kim. David Campos, the gay head of the SF Democratic Party, has not endorsed Leno. Keep in mind that Leno endorsed Willie Brown over Ammiano in 1999 and did not endorse Campos in his 2014 Assembly race against David Chiu.

Second, Jane Kim has become the clear progressive favorite in the race. I thought Leno would get support from more of the progressive community but Kim has dominated among this constituency.

Kim has retained the progressive support she had in her 2016 State Senate race. And she has always been a charismatic campaigner. Further Kim is constantly promoting major policy measures—–to fund childcare, street cleaning, and potentially housing in a November ballot measure—-that excite progressive voters.

Finally, as with Breed, Kim is benefiting from the cultural moment that favors women candidates in the mayor’s race.

Kim’s strong support would not hurt Leno if he finishes ahead of her and gets most of her second-place votes. But that’s no longer certain or even very likely.

Unlike his top rivals, Leno is not exciting or charismatic. Nor has he offered major policy prescriptions that show a radical departure from the status quo (his focus on attacking “Big Money” has gone nowhere).

The problem is not Leno’s age. The older Bernie Sanders has long galvanized young voters. But Sanders was a political outsider from the start, creating a political movement in Vermont separate from the Democratic Party.

In contrast, Leno has been a political insider from the start. Appointed supervisor by Mayor Willie Brown, he backed Gavin Newsom over Matt Gonzalez in the “which side are you on” mayoral election of 2003. Leno did challenge the establishment when he ran against incumbent State Senator Carole Migden in 2008, but voters demanding Change are likely more familiar with his endorsing Scott Wiener over Berniac favorite Jane Kim in 2016.

I still see Leno as a lot stronger than others do. Leno has never lost an election. He has lots of money and a top-notch campaign team that rarely loses elections (SCN Strategies) In his two contested races, for Assembly in 2002 and State Senate in 2008, his final victory margin far exceeded expectations when the race began.

The difference in 2018 could be that Leno’s uninspiring performances at candidate forums could hurt him. Leno is continually described as boring and businesslike, which I have observed myself. This is in sharp contrast to the dynamic Breed and Kim, both of whom are charismatic candidates that satisfy the city’s hunger for Change. Leno’s less than exciting public persona was  not an issue in his past races because there were not many debates. But it appears to be costing him in this mayor’s race.

A lot can change in the three months before the June election. But if I had to bet on the winner today, my money is on London Breed.