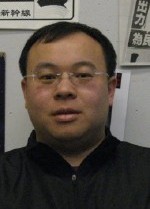 Those who know David Ho will laugh at my description of him as “quiet,” as he can be loud and boisterous when necessary. But I use the term because there is no activist in the city less willing to blow their own horn, and he has compiled an astonishing record of success without most San Franciscans and the SF Chronicle’s top political columnists even knowing who he is.

David Ho’s great grandfather came to the United States as a “paper son,” a term used to describe Chinese immigrants barred from immigration to the United States by the 1882 Exclusion Act who gained entry through a clever strategy developed by Chinese-Americans after San Francisco’s 1906 earthquake destroyed local public records. Born in Macau, Ho moved to San Francisco at age six and grew up with his grandfather, who worked in a grocery store in Chinatown.

Ho had many family members in Chinatown, including his great-grandmother, who lived in an SRO. He grew up in an in-law apartment in the Sunset, so had experience with below-code living quarters from an early age.

After attending Lincoln High School, Ho went to San Francisco State, where he majored in Asian-American studies and social work. During college he interned with the Chinatown Community Development Center (CCDC), and primarily worked with the neighborhood’s Community Tenants Association (CTA).

Ho was mentored at CCDC by Anna Chang and Reverend Norman Fong, and by Gen Fujioka, a housing attorney with the Asian Law Caucus. In one of his early days as an intern he joined Fujioka in a major anti-eviction protest at City Hall, where activists pitched tents and slept in Civic Center Park.

This experience solidified Ho’s commitment to the exciting life of grassroots activism. Fong offered Ho a job at CCDC after graduation, and Ho was soon working fulltime with CTA and on CCDC’s Code Enforcement Outreach Program (CEOP).

Ho’s development as a premier electoral field organizer took off with his work on Matt Gonzalez’s 2003 mayoral campaign. Ho volunteered to coordinate the Asian-American field campaign for Gonzalez, quickly putting an effective citywide team together for a candidate whose campaign did not begin until the filing deadline.

The Gonzalez campaign was the first example of what has become a pattern in Ho’s work: he stays out of the limelight, never takes a formal position, outworks everyone, and his candidate either wins or does much better than expected.

In 2004, Ho volunteered to run the field campaign for a school board candidate who was a longtime co-worker of his at CCDC, a young woman named Jane Kim. Kim lost that race, but built a grassroots base that would propel her to victory two years later. Ho also spent time in 2004 mobilizing Asian-American voters for District Five Supervisor candidate Ross Mirkarimi, with many believing this support was critical to the now popular incumbent’s victory.

After helping elect Kim to the School Board in 2006, Ho helped organize the field campaign for then little known supervisor candidate David Chiu in District Three; Chiu also prevailed.

In 2010, Ho took on perhaps his biggest challenge: volunteering to build a field campaign for Kim in District Six that could overcome the Democratic Party, San Francisco Bay Guardian, and all of the progressive political establishment’s support for rival Debra Walker. Some would have hesitated to get involved in a campaign that challenged the city’s progressive political machine, but Ho, a District 6 resident, thought Kim was a perfect fit for the area and that a powerful grassroots campaign could bring her victory.

Ho was correct. And once again, Ho’s candidate did far better on Election Day than most predicted.

The Kim campaign did bring Ho to the attention of the SF Chronicle’s Matier & Ross, who described him as a “political pal” of Rose Pak’s; this description of one of the city’s most effective community organizers confirms just how disconnected Andy Ross and Phil Matier are from the city’s grassroots activists.

Ho only volunteers for progressive candidates, and never compromises his principles in the course of his work. Ho is also following in the CCDC tradition of mentoring young activists. One of his protégés, CTA liason Tammy Hung, already appears on track to be a top organizer.

Ho told me that he sees himself as a “social worker in Chinatown. The challenge is getting workers and residents engaged and empowered.”

Nobody in San Francisco is doing more to empower and engage the disenfranchised than David Ho, which is why he is our local unsung activist hero for 2010.