Living Homeless in California: The Hard Work of Finding Work 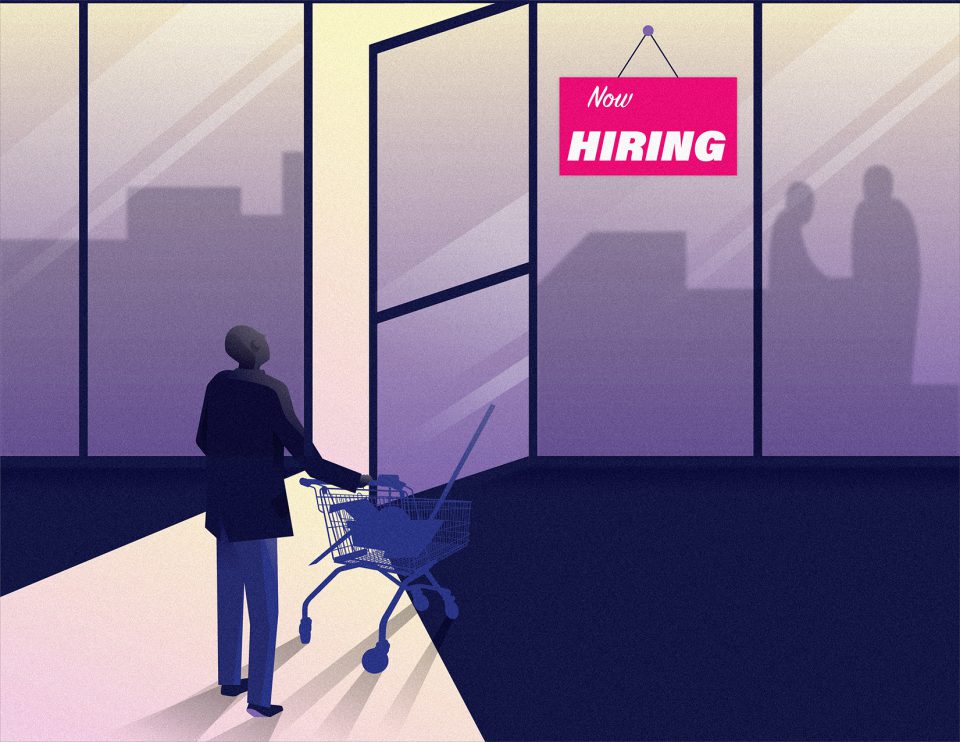 This piece originally appeared in Capital and Main.

Only about one percent of Los Angeles County’s homeless are able to have full-time jobs, says a report prepared by the Economic Roundtable.

The single most common reason given by people for becoming homeless is that they lost their job and its income.

Arthur Nolan’s home is the inside of a camper shell attached to a 30-year-old Ford pickup. For the past five years — the total amount of time Nolan has regularly bedded down for a night’s rest inside a vehicle parked somewhere in Los Angeles — he has also held a full-time job as an auto mechanic repairing European cars in Silver Lake.

A pale and bespectacled son of the San Fernando Valley in his early 30s, Nolan sleeps at about a dozen low-profile locations.

“The spots that I choose, I make sure that there is no one to offend,” he says. “When I pull up at sundown, it’s straight to sleep. I’m up way before sunrise, about 4:30.”

Though he has reliable employment, Nolan does not have a fixed address. Unlike most homeless people, though, he chooses to live in his vehicle, having left behind a life of long commutes and high rents to become a curbside nomad. He says that with the considerable savings from his job, he will leave Los Angeles in a few years to buy a house, likely in Las Vegas or Colorado.

Nolan is in the extreme minority of Los Angeles’ homeless who manage to hold down a full-time job without a permanent address. Of the roughly 55,000 counted homeless in Los Angeles County, only about one percent are able to have full-time jobs, according to a report prepared by the Economic Roundtable using data from the Los Angeles Homeless Services Authority.

Although two-thirds of Los Angeles’ homeless report that they actively seek work or income in some way, only about seven percent work for an employer with any regularity, with three percent working part time, three percent holding down temporary jobs and one percent working full time. Most of the remaining are sorted into three categories: looking for work (23 percent), not looking for work (34 percent) or earning money in some other informal way, like recycling bottles and cans (35 percent). The single most common reason given by people for becoming homeless — affecting 40 percent of Los Angeles County’s homeless population — is that they lost their job and its income.

Whether or not somebody recovers from homelessness has a lot to do with how quickly they can access a reliable income.

The second most common reason — affecting about 19 percent of L.A.’s homeless — are family conflicts. This was the case with 19-year-old Leslie Rodriguez, who became homeless in 2017 after she had a fight with her mother about staying out late, and, Rodriguez says, she was forced out of her family’s Pacoima home. Rodriguez spent a few weeks bouncing from friend to friend, and some time on the street. She stopped going to school, lost her part-time job, and, within a month, ended up living inside a drug-infested “trap house” in the Northeast San Fernando Valley with a boyfriend and some others. When the landlord began evicting them, a cousin in Boyle Heights offered to take Leslie in. She wanted to finish high school, get back on her feet and move forward with her life.

“I didn’t like asking for help,” she says. “I’m one of those people who likes to do it on their own because I always feel like I have to return the favor. But I needed a huge amount of help.”

Rodriguez got clean and began searching for work without having to worry about where she was going to sleep. One of the challenges she faced while looking for a job was the fact that the employers she reached weren’t interested in hiring someone for part-time work. Until she explained her situation to her teachers, who understood and helped her find flexible options to earn her high school diploma, she thought she would have to sacrifice her education to make ends meet.

Now that Rodriguez has regular work at a Silver Lake juice bar and a flexible class schedule, her biggest challenge is transportation. She wants to save enough to buy a car because commuting between her job, where she lives and where she takes classes is time consuming, and she spends more money than she’d like on Uber rides. Though she wants to move out of her current living situation, she knows Southern California’s exorbitant housing costs mean that leaving it may also mean leaving the state.

One riverbed dweller says he first became homeless in the mid 2000s, when a lost job sent him into a cycle of drug and alcohol abuse.

“I’m hoping to find a place, but I’m not 100 percent sure I’m going to stay here in L.A. It is pretty pricey here. I think going a little bit further, starting fresh in a new place would help a lot—a new me,” she says. “It will probably be far — like Texas far.”

Not everybody recovers from a stint in a trap house like Rodriguez has. (She believes some of the people she lived with just a few months ago wound up living in an encampment in a wash near Hansen Dam). For her, the pivotal factor that helped her avoid that fate was having somebody like her cousin that she could ask for help.

Whether or not somebody recovers from homelessness has a lot to do with how quickly they can access a reliable income. For the newly homeless, especially those with a recent work history, this means searching the job market for on-the-book employment while juggling the challenge of finding a safe place to sleep. If steady income is not secured, people typically begin looking for money in other informal ways, such as recycling or participating in the bicycle black market.

About one half of Los Angeles’ homeless have lived outdoors for more than a year.

Which is where the hustle comes in. All homeless, regardless of whether they live inside or outdoors, have to work exceptionally hard to survive. But for someone who’s acclimated to life on the street — about one half of Los Angeles’ homeless have lived outdoors for more than a year — engaging with a complicated and seemingly glacial government bureaucracy can be a non-starter.

Edgar, who didn’t want to give his last name for this story, is one who hustles on the margins. Now in his 50s, Edgar has been homeless for several years and makes his home in the bed of the Los Angeles River, near Atwater Village. On most mornings he wakes with the light and starts his day with some bread and canned meat he purchases at a nearby Vons supermarket.

Edgar earns money chiefly through recycling. He does this with his most important possession — a worn but mechanically perfect hardtail mountain bike, outfitted with loops and hooks where he can attach bags to fill with recyclable bottles and cans. On most days he patrols the river-adjacent neighborhoods, relying upon an extensive mental map of known locations where he can find recyclables in a timely manner.

“It helps to have amenable relationships,” he says, referring to a restaurant and to friendly trash collectors who, he adds, give him access to their recyclables, which cuts down on time spent gleaning a few bottles from bins scattered across a wide geographic area. In a good week, Edgar says he can earn up to $60 from recycling, most of which gets spent on food he shares with other river residents in exchange for assurance that they’ll watch his possessions when he’s away.

Edgar says he suffers from a moderate case of paranoid schizophrenia. Knowledgeable about his disease, Edgar says he makes it a priority to take care of himself. Part of the reason he lives along the river is that it’s one of the few places he’s found, in his years of homelessness, where he can get a good night’s sleep, which is crucial to managing his illness.

“If I’m trying to sleep off a street somewhere, getting woken up every few minutes every time someone with no muffler drives by, it gets hard to keep track of things,” he says. “I can’t do that. I can’t get stressed out because that’s when things sort of stop making sense.”

Edgar says he first became homeless in the mid 2000s, when a lost job sent him into a cycle of drug and alcohol abuse, amplifying his mental illness. He eventually got medical help through a pro bono mental health clinic he still visits. Though he says he’s worked more than few jobs in his time, balancing the expectations of an employer with the needs of his illness was always difficult to manage.

“Here I have space and quiet,” says Edgar. “I live peacefully and take care of myself. I have what I need, and the people here look out for each other. It’s not like that on the street.”