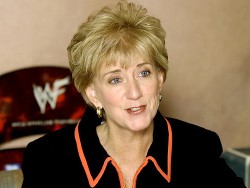 As a freelance writer, I thought I’d seen it all in exploitive contracts. When I was assistant director of the National Writers Union in the mid-1990s, fellow scribes flooded the office with examples of all-rights grabs by periodical publishers. One contract required the contributor to cede to the publisher rights to his work “in any medium now existing or hereafter invented, from now until the end of time, in this or any future universe.” I’m not making this up.

The agreement for wrestler Chris Klucsarits, who wrestled under the name “Chris Kanyon,” provided: “WRESTLER, on behalf of himself and his heirs, successors, assigns and personal representatives, hereby releases, waives and discharges PROMOTER from all liability to WRESTLER and covenants not to sue PROMOTER for any and all loss or damage on account of injury to any person or property or resulting in serious or permanent injury to WRESTLER or WRESTLER’s death, whether caused by the negligence of the PROMOTER, other wrestlers or otherwise.”

A death clause! Perfect for the multinational merchandiser that has seen dozens of its performers expire under the age of 50 – some as young as 29, which was how old Lance Cade was earlier this month when he succumbed to “heart failure.”

All the while, Linda McMahon and her husband Vince, who didn’t even bother to conduct sham PR steroid tests of their talent between 1996 and 2006, were turning themselves into near-billionaires and even briefly cracking the Forbes 400 list of wealthiest Americans. (That came right after their initial public stock offering in 1999, the same week as that of another Connecticut entrepreneur, Martha Stewart. Who could guessed that Stewart would be the one to land behind bars? What a country!)

The contract quoted above became public in a failed lawsuit by several wrestlers, including Chris Kanyon, challenging their status as non-employees. (Other WWE contracts that were leaked to me have the same death clause or a similar one.) By treating them as independent contractors, WWE both deprives governments of payroll taxes and cheats the talent out of health insurance, paid vacations, pensions, and other benefits.

Kanyon, whose career goal was to become the first star wrestler with the gimmick of being openly gay, last wrestled for WWE in 2003. In his sendoff on SmackDown, he was dressed up like Boy George, emerged from a box lisp-singing “Do You Really Want to Hurt Me?”, and got whacked with a sickening shot to the head with a steel chair by another wrestler, the Undertaker. See the video here.

Kanyon-Klucsarits committed suicide earlier this year, at 40, with an overdose of the prescription drugs to which he had become addicted. He was the second of three recent WWE performers to die just during the Linda McMahon Senate campaign. The first, Eddie “Umaga” Fatu, had a fatal heart attack at 38 last December. The autopsy showed an enlarged heart. Six months earlier Fatu had been fired for refusing to go to drug rehab, but he was negotiating his return when he was stricken. I guess he couldn’t wait to get back to the cardiovascular screening that WWE has hyped as part of its “Wellness Program” since 2007.

After Fatu and Klucsarits came Lance Cade (real name Lance McNaught), who had been hit by 19 chair shots – one flush on the cranium – in a match with his mentor, Shawn Michaels, on USA cable’s Raw in October 2008. See the video here. This script was “punishment” for Cade’s neglecting to shake Michaels’ hand in the dressing room after the higher-level star had allowed Cade to pin him in a match weeks earlier. A week after the grotesque chair beatdown, Cade had a seizure on an airplane from an overdose of painkillers.

A week after that, WWE auctioned the chair at its website. It fetched $315.

Asked about Lance Cade, McMahon dismissed him as just another unfortunate addict, and added that she “might have met him once.” This so infuriated another ex-WWE wrestler, Chris Nowinski, that he fired back in a television interview. Nowinski, a Harvard grad who had to retire from the ring due to repeated untreated concussions, now heads the Sports Legacy Institute in Boston, which is spearheading research and reforms in the area of head injuries in all contact sports and entertainment. The brains of both of the dead WWE performers that have been studied so far by doctors (those of Chris Benoit and Andrew Martin) showed that they had the brain trauma syndrome known as Chronic Traumatic Encephalopathy.

WWE responded to Nowinski’s statements by claiming that Cade would never have confided about his steroid use to a “total stranger” like Nowinski. Uh, folks, they had been tag-team partners in WWE’s development league before becoming colleagues on the main roster.

With her essentially limitless campaign war chest (an analysis of the most recent quarterly Federal Election Commission filings showed primary-season spending of $117,000 a day in a state with a population barely a third that of Los Angeles alone), McMahon has bought television ads in which two actresses, playing suburban women riding in an SUV, converse about the comedy of pro wrestling and reflect on how brilliantly this female executive “tamed the circus.”

The campaign also crowed about spoon-feeding to the New York Times an exaggerated front-page story exposing that McMahon’s Democratic opponent, longtime state attorney general Richard Blumenthal, had spoken loosely and misleadingly about his stateside service in the Marine Reserves during the Vietnam War. Yes, and Hillary Clinton once claimed she landed in Bosnia in a hail of anti-aircraft fire. And Ronald Reagan hallucinated that he helped liberate a concentration camp, rather than participating in the making of civilian propaganda films during World War II.

There’s only one professional liar in the Senate race in Connecticut. Many people understand that. Many more also should understand that she’s not just a soap-opera producer. She’s a death merchant.

P.S. After this article was filed at Beyond Chron, yet another former WWE performer was found dead in Florida: Gertrude “Luna” Vachon, 48. The company had underwritten her stint in drug rehab last year.