NAVIGATION CENTERS:  OUT OF SIGHT, OUT OF MIND 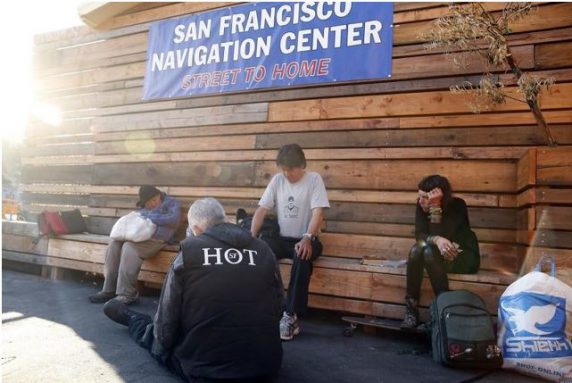 Why then does the homeless count keep increasing?  According to a 2016 survey, 29 percent of the San Francisco homeless migrate here from another state or another California county.  Could it be that as fast as we find housing or temporary shelter for some, new arrivals take their place?

According to a new poll from the San Francisco Chamber of Commerce, 51 percent of respondents show homelessness to be a major issue facing the City, compared with 35 percent last year, and 29 percent in 2014. Homelessness has overtaken affordability as the No. 1 concern among San Francisco residents.

Are these polls so high because homelessness is so visible?  I see the homeless everyday in tents, in doorways, on the street, and in our parks.  If we increase the number of shelters (Navigation Centers) and bring most, if not all the homeless, into these centers, the homeless problem would not be so visible — out of sight, out of mind.  If homelessness were not so noticeable, would the poll numbers go down.  If they did, would this take the pressure off this administration of providing affordable housing?