Developing Neighborhoods For All Residents 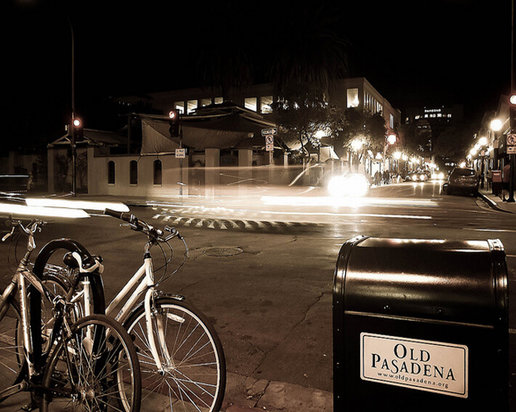 We Can Develop Neighborhoods So That All Residents Benefit

As with most controversial human endeavors the ‘G’ word, or gentrification, causes a significant amount of emotion when discussed publicly. For example, I was recently in conversation with a new business owner on a street in our city that was historically known for being forgotten, underdeveloped and the site of blight and even crime. When I asked her if she thought her business was “gentrifying” the neighborhood, she responded in a horrified tone, “What should we have done, left the neighborhood in squalor and disarray?”

Certainly, her defensive answer missed the point but uncovered a perspective that is shared by many who are economically privileged: Outside developers with clear-headed visions for renewal must come in and ‘save’ a downtrodden part of the city. It completely ignores, of course, the fact that many people who live in such neighborhoods would love to be able to start up a new coffee shop or hair salon or shoe store, if they only had the capital to do so.

Perhaps your community has had similar experiences with outsider investors who have overhauled your neighborhood, “for your own good.” Here is a story of how that process shaped up in my hometown of Pasadena, California, a few years ago.

Pasadena was founded in the 1880s, which for California makes it a fairly historic town. As a result, there are thousands of ‘craftsman’ homes that were constructed in the early 1900s that are remarkable for their architectural and building value. In the very early 2000s one of them, on a quiet street near the freeway, caught on fire and was significantly damaged, but not beyond the point of repair.

Seeing a great opportunity, a local realtor purchased the home and professionally restored it to the point where it was in better condition than prior to the fire. Generally this might be a boon to neighbors as it improved the value of the adjacent properties as well. In this case, however, the realtor and his colleagues saw a veritable gold mine of other similar houses that could be purchased, renovated and then sold.

Soon the realtor was knocking on doors up and down the street and on nearby streets and asking neighbors to sell their homes. A few did, but those who didn’t were subsequently met with threats and the use of code enforcement to harass them into selling. Neighbors were cited for trash cans visible from the street, vehicles parked in the wrong spot on the property, lawns not mowed adequately, and other minor City code violations.

The realtor sold his first home in the area, reaping more than 100% profit and moved into another ‘fixer-upper’ that he sold a couple of years later for over $1 million. During this time he continued to use intimidation and code enforcement officials to harass neighbors into selling their homes. To their credit many didn’t, but some did so the neighborhood demographics changed.

Normally, new neighbors can benefit a neighborhood. However, in this case there was palpable conflict between the old and the new. New home owners were paying $500,000-$600,000 to live in a neighborhood that still had some quality of life issues like day laborers, drug sales, and poorly maintained propertie. So they were angry and frustrated that they had made such an investment only to find out that the neighborhood was still a work in progress.

And, long-time residents were subject to scrutiny for the type of music they listened to, the number of family get-togethers they had, and the language they used. So why is it that individuals with investment dollars are so vehemently opposed to the use of the ‘G’ word and its implications when applied to them? Sometimes it is worthwhile to imagine being in the other person’s shoes and saying “how would I react if someone came into my neighborhood and tried to forcibly cause me to sell my house, judged me for how I live, and used government services to harass me”? Wouldn’t anyone in Bel Air, Brentwood, Bradbury, or Beverly Hills feel disparaged and disrespected as well in that situation?

That is the sordid and depressing underbelly of gentrification.

But gentrification does not have to be so violent. Is there a method for improving neighborhoods without raising prices so much that the kids of the families who live there can’t afford to buy a house down the street from their parents? Is there a way to raise the quality of life and remove the “squalor and disarray” without intimidation and threat? And is there a way to create a safe and healthy neighborhood without obliterating the existing culture and social fabric? The answer is ‘yes’.

As someone who has long worked to address quality of life issues in my city, I have found several methods that are effective in improving neighborhoods. Here are a few structural programs and processes that city governments can adopt that will allow neighborhoods to be transformed from the inside, rather than from outside by for-profit developers, and will enable current residents to benefit from improvements rather than feeling pushed out financially or culturally.

There are many other practical steps that can be taken in order to minimize the impacts of the ‘G’ word. It is imperative to remember, however, that communities that are ripe for ‘gentrifying’ will continue to be hostile to outside investors and developers as long as they perceive that the only reason for “improving the neighborhood” is to make money from it. And, development should never be about ‘saving’ a neighborhood from the “squalor and disarray” that has plagued it for years.

We should raise the standards of living for all parts of a city, and never at the expense of low-income families. If done right, renewal and renovation can occur while keeping families intact and communities whole. It just takes determination, not speculation.