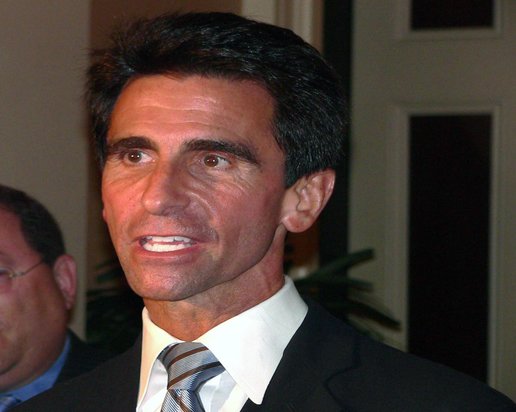 Since I head an organization that contracts with the city to house homeless single adults, I planned to not critique the mayoral candidates’ homeless plans. But Mark Leno’s homeless plan promoted a false SRO vacancy narrative that I personally told Leno was untrue and recently refuted (“SF’s Mythical ‘Vacant’ SROs,” February 27, 2018).

I feel compelled to set the facts straight.

Here’s how Leno’s Friday email announcing his homeless plan began: “As Mayor, I will immediately move at least 1,000 people off the streets and into vacant Single Room Occupancy units identified by the City’s Department of Building Inspection.”

When Leno refers to “vacant Single Room Occupancy units identified by the City’s Department of Building Inspection,” he’s referring to the Annual Unit Usage report that city law requires SRO owners to submit. It states the occupancy on a specific day, not the average use, and says nothing about whether the units are even being offered for rent.

My prior article linked above explained why these DBI vacancy figures say nothing about potential SRO vacancies for homeless persons. It’s like seeing vacant tables in a restaurant and identifying that as a solution to hunger.  An SRO vacancy on a particular day does not mean it would ever be available to house a homeless person.

As I told Leno and wrote about in my story, my organization is in the business of finding SRO rooms for homeless persons. Rising rents has made it harder than ever. Vacant rooms on DBI reports say nothing about an SRO owners’ willingness to rent rooms to people off the street; yet Leno’s plan is premised on misinterpreting this vacancy data.

Let’s go through how the city uses SROs to house homeless persons.

Most SRO housing for those leaving shelters are in buildings entirely leased by nonprofit groups. This occurs as part of the city’s master leasing program. These hotels have on-site services and are known as “supportive housing.”

The city began master leasing to house homeless persons in 1998 because homeless persons could not afford private market rents. I brokered deals with owners of the Windsor Hotel and Pacific Bay Inn to start the leasing program with the city’s health department, and then my organization entered the field so that more hotels could be leased.

Nonprofits like mine pay SRO owners per room rents that are well below market. That’s because we are picking up all management costs and monthly operating expenses. Other than major repairs, owners have no responsibility for the day to day operation of the property.

But Leno’s plan is not talking about the city master leasing more SROs. He’s talking about taking the vacancies included in already occupied for-profit SROs and somehow convincing owners to house people directly from the street.

In other words, Leno’s plan assumes that the owner of a 90 room SRO who has reported 20 vacancies will be willing to rent these rooms to people leaving shelters or the streets.

There is no chance of that happening.

Owners interested in housing homeless persons have either already leased their properties to nonprofits or have had their offers for doing so turned down by the city.

The rest of the SRO owners are not going to rent to people with past evictions and/or behavioral issues that resulted in their becoming homeless. Nor are they willing to accept the high risk of paying eviction costs for a population that typically fails to meet the standard income requirements for tenancy (and whose past evictions would disqualify many).

SRO owners do not need homeless tenants to fill their vacancies. There has never been more demand for such housing. The chief reason owners report vacancies to DBI is that the rooms vacant on the reporting date were not available for rent. These vacancies are a product of the operator’s decision, not a soft rental market.

Yet Leno sees these owners as willing to rent 1000 of such vacancies to homeless persons.

Leno’s plan to use for-profit run SROs to house homeless persons has a long and tawdry history in San Francisco.  In the 1980’s, the hotline hotel system wrecked the city’s SROs as these historic buildings were converted to quasi-shelters.

In the past decade, the Health Department’s homeless “stabilization” program promoted “extreme housing code violations” for formerly homeless SRO residents. The program was only stopped in 2015 after City Attorney Dennis Herrera filed a lawsuit against the SRO provider supplying most of the “stabilization” rooms.

Leno’s plan repeats these mistakes. It depends on the same for-profit run SROs where city subsidy programs for homeless persons have failed in the past. This is not the type of “Change” we need in city homeless policy.

Some SRO owners will contract with nonprofits to do block rentals (often 10-15 rooms). My organization runs such a program for people who cannot afford market rents but they are all part of a broader service-heavy program.  That would not be the case in Leno’s plan.

Leno announced his homeless plan standing next to Bevan Dufty. Dufty headed city homeless services for nearly six years under Mayor Lee.  If there really were potentially 1000 vacant SRO units in for-profit hotels for people on the streets, Dufty would have steered city homeless policy in that direction. He did not. Curiously, Leno  blamed “City Hall” policies for the homeless crisis without acknowledging that many were crafted by Dufty, whom Leno has rebranded as a messenger of Change.

Where is the Money?

Most homeless persons with incomes receive roughly between $400- $1000 per month. Meanwhile, finding an SRO room for $1000 is not easy and many of the hotels reporting vacancies to DBI charge $2000 a month or more.

To pay the for-profit SRO owner market rents for tenants with such low incomes, Leno’s plan requires $12,000-$20,000 in annual rent subsidies per tenant.  For 1000 tenants we are talking about at least $15 million per year in rent subsidies alone, and that amount rises each year with annual rent hikes.

On top of rent subsidies Leno would have to fund support services, an agency for client intake, and one to pay the rent for tenants. That’s what the Tenderloin Housing Clinic, which I head, does through its Modified Payment Program. THC has the infrastructure to enroll 1000 more tenants, but it would require significant city investments in capacity and office space.

So even if we operate in a fictional universe where upscale SROs suddenly accept people coming out of shelters as tenants in their buildings, we are easily looking at a $20 million annual investment.

Leno’s overall plan also calls for the rapid expansion of the very expensive Navigation Centers and the creation of “15, 000 units of affordable, workforce, and permanent supportive housing to move people off our streets and under a permanent roof.”

Where will Leno get this money to pay for all this? And by 2020 as his plan projects?

Leno says he will raise money for homelessness and affordable housing by pushing for a regional housing bond. That may sound like a bold and outside the box idea but there is already a $4 billion state housing bond on this November’s ballot.  Even if Leno got other counties on board for his bond the earliest his measure could be on the ballot is the June 2020 election.

Basing a homeless plan on voter approval of a regional housing bond that no county has signed off on and whose funding stream to San Francisco is unknown is a rickety foundation for a city homeless plan.  This money certainly cannot be counted upon in planning San Francisco’s strategy for reducing homelessness.

Meanwhile, San Francisco has Prop D, the Housing for All measure, on the June 2018 ballot. It would immediately bring the millions of dollars for housing homeless persons needed to implement any new homeless initiatives.

Since Prop D is the most immediate and tangible strategy for dramatically increasing the affordable housing Leno’s plan seeks, you would think Leno would be out in front supporting the measure. Yet as this is written Leno has not even endorsed Prop D.

I described in my recent story on mythical SRO vacancies that focusing on vacant SRO rooms that will never be available to homeless persons diverts attention from what the city actually must prioritize: promoting “step up housing” by moving longtime SRO residents into apartments.

This is far and away the best and most cost effective approach for getting people off the streets and into housing. Yet San Francisco has failed to seize this opportunity.

Hopefully our next mayor will.

Randy Shaw is Editor of Beyond Chron. He discusses San Francisco’s battles over protecting SROs in The Tenderloin: Sex, Crime and Resistance in the Heart of San Francisco