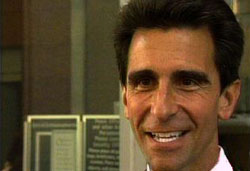 State Senator Mark Leno has reintroduced legislation (SB 566) to allow industrial hemp production in California, a common-sense economic revitalization measure that California Governor Jerry Brown previously vetoed. Leno has amended the new bill so that it only takes effect upon federal approval, which addresses Brown’s concern. But the larger question—raised in recent national stories about Republican Senate leader Mitch McConnell and fellow Kentucky Senator Rand Paul’s backing the legalization of industrial hemp—is why the Obama Administration is not going along. Legalizing hemp is one of the few economic development and job creation strategies that the Republican Party will accept. And given the federal government’s openness to legalized gambling virtually anywhere, its high-minded opposition to legalizing hemp smacks of hypocrisy.

After multiple efforts have fallen short, nobody would blame State Senator Mark Leno for giving up efforts to legalize industrial hemp production in California. I can’t think of many legislators who put so much energy into measures that won’t even directly impact their districts (hemp production is slated for Central Valley, not San Francisco or Marin), but Leno is committed to allowing California farmers and businesses to tap into a $500 million U.S. hemp product market that currently relies upon the international importation of raw and processed hemp.

Leno’s California Industrial Hemp Farming Act will allow Industrial hemp is a non-psychoactive variety of the cannabis plant that is physically distinct from marijuana and is used in the manufacturing of a wide variety of products including automotive parts, fiber board, paper, textiles, healthy foods and body care products. The bill creates a clear definition and standards for industrial hemp cultivation in California and the provisions will only be enacted upon federal approval.

We all know the winks and smiles that accompany support for industrial hemp. But it’s time to get serious. Industrial hemp is not marijuana. If it were, Senator McConnell of all people would not be supporting its cultivation.

Rural communities across the nation are struggling, and industrial hemp production would be a game changer. President Obama touted the creation of domestic manufacturing jobs in his State of the Union address, so why deprive Americans of jobs under a policy that requires the importation of raw and processed hemp?

It was reported last week that New Jersey is “doubling down” on gambling to make up for declining revenue from Atlantic City. Governor Christie signed a bill allowing gambling from mobile phones, a far cry from the days when “moral” opposition to gambling limited it to Las Vegas.

If the federal government has no problem with spreading casino gambling to nearly every corner of the nation, how can it possibly remain opposed to industrial hemp? Gambling is largely a regressive tax on the poor, and has caused personal and social crises far in excess of anything that could occur through industrial hemp cultivation.

When I heard about Kentucky of all states leading the way on pushing the Obama Administration to legalize industrial hemp, I joked to Leno that it was a sad comment that California was behind such a far more conservative state. But political reality is that it may take the combination of Kentucky and California to get the necessary pressure on Washington DC, which makes passage of Leno’s bill this year particularly imperative.