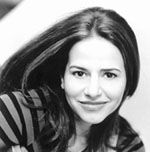 EXCLUSIVE ONLINE LENNON INTERVIEW OPEN TO PUBLIC
Fans of John Lennon and new musical enthusiasts have a great way the learn more about Lennon and Lennon The Musical as the new show develops with this exclusive Q&A with the Director Don Scardino. This is really an unusual chance for fans to get the inner experience of the making of a musical. It’s never been done before to my knowledge. You can currently read Parts 1 & 2 of an exclusive 3-part online interview with director Don Scardino, who will discuss the evolution of Lennon and the legend of John Lennon.

The Lennon show website will feature new information on the music, cast, creative teams and follow the process of creating a new Broadway Musical. The Pre-Broadway cast includes Will Chase, Chuck Cooper, Julie Danso, Many Gonzalez, Marcy Harriell, Chad Kimball, Terrance Mann, Julia Murney and Michael Potts. Performances begin on April 5 at the Orpheum Theatre. To join in on the first Global Experiment click on www.LennonTheMusical.com.

BORED WITH SEX? HOW DID A FORMER MORMON BOY BECOME A GAY ESCORT?

In preparation for its Off-Broadway opening this fall in New York – “Confessions Of A Mormon Boy” is returning to the New Conservatory Theater in an expanded version. “Confessions” first seen in San Francisco August 2002 was a huge hit. Steven Fales tells his story about growing up Mormon. He gives a down and out honest comic/dramatic look at what was expected from him as he grew up. Not only was he expected to live a squeaky clean lifestyle – but he was also expected to preach the “Book of Mormon”. But, Mormon or not – Fales could not overcome his “Same Sex Attraction.” This leads to divorce and being basically kicked out of the Mormon Church. His new freedom eventually led to New York to the gay underworld of “Escorting”, which he graphically recreates on stage. . “Confessions” – bares its soul”. Opens April 14th at the New Conservatory. It was an exhilarant evening for me last time, so I’m looking forward to seeing it again. The Director is Jack Hofsiss who won a Tony Award for his direction of the original production of “The Elephant Man”.

SHOW+TELL SHOW+TELL SHOW+TELL
BLANCHARD RYAN TO RECEIVE EMERGING MAVERICK AWARD ON Mar. 6. Cinequest of San Jose will present the award at a special screening to the actress for her role in the acclaimed “Open Water” film that will be screened after the ceremony. “We are delighted to present Blanchard with this award for being someone who has proven her Maverick ability to swim with sharks and survive” – Cinequest Jens Michael Hussey said. Hey, I should get one of those awards. I’ve been swimming with the sharks all my life and I’m still here! Attend at the Camera 12 Cinemas in Downtown San Jose.

FA-LASH: They wrote “Once on this Island” and “Ragtime”. Now they are back with a new musical about two extraordinary women. One is a pregnant slave condemned to death and the other a white woman abandoned by her slave-owner husband. The musical is based on the novel by Sherley Anne Williams. It’s the story of Dessa Rose – an epic tale of race, love and survival in pre-civil war South. Started this week in New York. Why mention this play when it’s in New York? Because we are Global and have readers in all states and around the world judging from my email.

Actor Christian Slater got good reviews for his performance in “One Flew Over the Cuckoo’s Nest” in London. Now Slater will be on the New York Stage in the revival of “The Glass Menagerie” with co-star Jessica Lange. Russell Crowe was quoted thus: “I am the greatest actor in the world and I can even make S-t sound good.” — Crowe talking about his new movie “Eucalyptus”. Celebs ask? Has he lost any weight?

STUFF FOR YOUR DATEBOOK! Is it Pink?
Monday at the “Hush Hush Lounge” in San Francisco – you can catch Locals “Bermuda Triangle Service” Their whiff of Country, influenced album “High Swan Dive” is pretty haunting. Check it out on Aquarius Records.

NEW ADAPTATION OF ERNEST HEMINGWAY’S “THE OLD MAN AND THE SEA” in a world premiere in the NOHspace. Theatre of Yugen will present this new version to a musical mix of sound, Foley artistry and live accompaniment. This adaptation of Hemingway questions boundaries between performing and visual art disciplines as well as cultural boundaries. If this all sounds deep, quite and otherworldly – it is. Get your feet wet and see it.

Actor Ken Ruta – who is going to be seen soon in a new David Mamet play at A.C.T – highly recommends “Hilda” at the Zeum Theatre at Moscone Center. He’s a good actor – and I believe him. The buzz on the Mamet play (based on an old English Novel) is that the play is good – but has no heart. Maybe they will find it before it opens.

NOW FOR A LITTLE FRIVOLITY!
AND THE WINNER IS..
ISO International Artistic Director Mark Putnam has a different kind of forecasting for the Oscars. He predicts who will have the best hairstyles on Oscar’s red carpet. “I’m looking for exciting textures!” – he declares. AND THE NOMINEES ARE: The Million Dollar Baby Hillary Swank will most likely flash her dazzling smile beneath gently waved brunette strands, worn long and loose to frame her million dollar bone structure.
Annette Bening is Hollywood royalty. Putnam predicts that her hair will be glamorous, shiny with luscious curls pulled up and away from her face. Kate Winslet of “Finding Neverland” will show up at the Oscars with long, soft-looking hair that, on closer inspection will reveal a subtle mix of curl shapes and sizes – Putnam predicts.

Johnny Depp Star of Finding Neverland will show up with his trade marked tousled Bohemian style, Putnam announced. Translation: rough, and undone. Lastly Putnam thinks that Leonardo DiCaprio will show up looking classic and cool. “His strands will be slicked back, but defined and separated in modern fashion” — he sez. I predict – Bouncy Creme may be needed.

GET YOUR TICKET PUNCHED.
THE MAGIC CONTINUES AT THE MAGIC THEATER with the opening of “A Reckoning”. Put yourself under the magical spotlights of first class acting beginning Mar. 5.
March 12th I’ll see you at Bimbo’s for the LA Guitar Quintet. .March 18th, at 7pm
Lets all trudge up the steep hill to the Mark Hopkins to hear the San Francisco Girls Chorus Gala. And then it’s the timely “Guantanamo: Honor Bound to Defend Freedom” at Brava Theatre Center. Get out those skateboards – it’s a small town!

WHAT ARE THEY DOING NOW? Velvet Revolver won a Grammy for Hard Rock Performance and now is going to tour North America starting March 22 in Montreal. Other places to look for them on the tour are Reno and San Francisco most likely at the Warfield. They’re on the Fly.

DESPERATE ITEMS? Buzzin needs them. See your name in print. Send to buzztatler@aol.com.