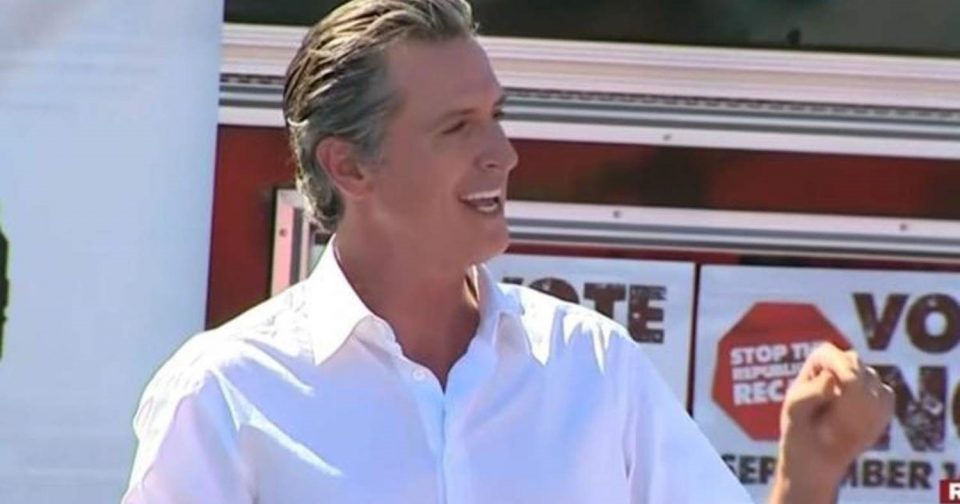 Six weeks ago, conventional wisdom said that California Governor Gavin Newsom would either be recalled or narrowly avoid that fate. Instead, anti-recall forces won in a landslide.

The recall’s only chance was a low voter turnout due to COVID and the off-year September election. California’s labor movement closed that opening. Labor completely changed the political dynamics by triggering the largest GOTV recall election turnout in U. S. history.

Let’s not lose the larger meaning: Democrats win when their base turns out. The devastating national losses in 2010 and 2016 were entirely due to inadequate turnout. Republicans recognize this, which is why voter suppression is a top party goal.

So the larger meaning of the Newsom victory is for Democrats and other progressives to build upon the outreach strategies that brought this success. I described many in my article yesterday. Labor and the California Democratic Party combined old and new strategies to stop the recall- combining these approaches remains the key to success.

Since recall supporters openly attacked Newsom’s push for vaccines and mask mandates, a false narrative emerged that the governor’s stance would hurt his chances. Instead, California voters’ fears of having a governor who followed the lead of Texas and Florida sharply boosted the anti-recall vote.

Pushing for vaccines and mask mandates is a winning political issue. It also propels pro-Democratic voter turnout, as the party’s base fears anti-mask policies could impact them personally.

Will COVID still be an issue in fall 2022? I wouldn’t bet against it. And even if the pandemic has receded the need to follow public health guidelines remains a powerful turnout issue for the Democratic base.

The California election again showed that where there is a strong labor campaign, pro-Democratic candidates win. And when labor power is lacking—as is true in much of Florida and Texas—extremely reactionary candidates can prevail.

Every progressive interest group in California had much to lose from a Republican Governor. The risk that such a governor would appoint Senator Feinstein’s replacement should she die in the next year also put national politics at stake.

Republicans understand labor’s unique role in progressive politics. That’s why they attack union power. Progressives who are critical of specific union policies or leaders should look at the recall and see the big picture: organized labor is the essential infrastructure driving progressive change. Where labor is strong, progressive policies proceed. Where it is weak, we get abortion bans, mask bans, and other reactionary policies.

Newsom campaigned on progressive policies. A politician not identified with the party’s left ran an avowedly progressive campaign. And it paid off.  Newsom gained by consciously contrasting his views with those of Republicans on issues from public health to abortion to immigrants rights. The lesson: Democrats win when they run toward their base, not away from it.

5. Use All Your Assets

I have never seen a non-presidential race involve more politicians, actors and other prominent figures.  We often hear that “local” congressional races shouldn’t involve “outside” politicians but everyone I know was thrilled to see Bernie Sanders, AOC, and virtually every progressive elected Democrat in California come out strong against the recall. This broad support boosted the progressive “movement” sensibility that helped fuel the recall’s defeat—and is too often missing from contested races.  Campaigns for Democrats in contested 2022 House, Senate and Governor’s races need to to framed as a movement, not just an isolated election.

Thanks again to all those who helped stop this Republican power grab.

I’ll be taking a post-election break. Beyond Chron will return October 12.