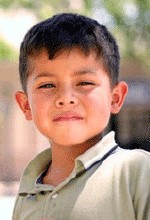 El Paso, Texas, is a relatively poor, Hispanic, gun-friendly city and home to many undocumented immigrants. Yet although El Paso is adjacent to a violence-riddled Mexican city, it’s actually counted among the safest big cities in the U.S. Why is El Paso so safe? A recent article in Reason Online dispels some of the myths associated with immigrants and crime.

Many Americans believe that immigrants — especially illegal immigrants — are associated with high levels of crime. However, according to criminologist Jack Levin, El Paso is safe because of its immigrant population.

If you want to find a safe city, first determine the size of the immigrant population. If the immigrant community represents a large proportion of the population, you’re likely in one of the country’s safer cities. San Diego, Laredo, El Paso—these cities are teeming with immigrants, and they’re some of the safest places in the country.

The Immigration Policy Center (IPC) has repeatedly provided factual information about the lack of relationship between immigrants and crime levels.

* Although the undocumented immigrant population doubled to about 12 million from 1994 to 2004, data from the Bureau of Justice Statistics indicates that the violent crime rate in the United States declined by 35.1 percent during this time and the property crime rate fell by 25.0 percent.

* According to a 2008 report from the conservative Americas Majority Foundation, crime rates are lowest in states with the highest immigration growth rates. From 1999 to 2006, the total crime rate declined 13.6 percent in the 19 highest-immigration states, compared to a 7.1 percent decline in the other 32 states. In 2006, the 10 “high influx” states — those with the most dramatic, recent increases in immigration — had the lowest rates of violent crime and total crime.

Yet the myth persists — due, in part, to news headlines that read, “Hispanic males are now majority in county jails,” which appeared in the Arizona Republic this week. Not surprisingly, the number of Hispanic males in Maricopa County jails has increased recently due to Sheriff Joe Arpaio’s mission to incarcerate as many immigrants as possible. Arpaio conducts immigration sweeps as part of his partnership with the Department of Homeland Security to enforce federal immigration laws. This, in conjunction with new laws that allow undocumented immigrants to be charged with conspiracy to smuggle themselves and denying them bail, all add up to large numbers of immigrants in jail.

Just because immigrants are in jail, doesn’t mean that they are criminals. Just like in Maricopa County, the number of immigrants in jail for immigration violations and who have never been convicted of a crime is increasing. The Pew Hispanic Center recently reported that in 2007, immigration offenses represented nearly one-quarter of all federal convictions, up from just 7% in 1991. It is telling that 61% of the non-U.S. citizen Latino immigrants sentenced in federal courts in 2007 were sentenced for immigration offenses, not violent crimes or theft.

Everyone agrees that violent criminals and threats to our community should be prioritized. But the fact is that immigrants, including undocumented immigrants, are actually less likely to commit crimes than U.S. citizens.

We must ask ourselves whether spending large amounts of resources arresting, detaining, prosecuting, and deporting immigrants who have no criminal background is really the best use of time and money — resources that could be used to pursue real criminals. Enacting comprehensive immigration reform that includes a legalization program is a much more efficient and effective way to bring unauthorized immigrants out of the shadows and ensure that they live and work legally in the U.S.

This piece was first published in Immigrantion Impact, and later republished in L.A. Progressive.