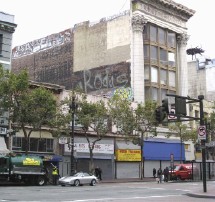 District 6 Supervisor Jane Kim, Board President David Chiu, and Mayor Ed Lee are working on legislation that would be the most important economic revitalization measure ever proposed for Mid-Market and the Uptown Tenderloin. The measure provides a payroll tax exemption for net new hires in both geographic areas, which means that all taxes on current payrolls stay in effect and there is no loss to the city’s General Fund. Originally, the Mayor’s office sought to give Twitter a complete payroll tax exemption if it relocated to Mid-Market, sparing the company the estimated $1.2 million it now pays. But Supervisor Kim conditioned her support on limiting the exemption to net new hires, which means that only employees hired above current staffing are exempt. While Twitter has not yet agreed that the legislation will keep it in San Francisco, the incentives for bringing new and expanding businesses to Mid-Market and the Uptown Tenderloin are long overdue.

District 6 Supervisor Jane Kim has only been in office for a month, but she has already played a critical role in developing a powerful and progressive business attraction and retention strategy for the Mid-Market and the Uptown Tenderloin. A payroll tax exemption for net new hires subtracts nothing from the current General Fund, while increasingly incentives for new businesses to relocate to two areas that need extra help to effectively compete with other neighborhoods.

A Life Preserver for Mid-Market

While there is much talk about Mid-Market becoming an arts and theater district, including a possible site for A.C.T., the stretch on Market between 6th and 9th Streets faces the imminent prospect of having three vacant office buildings: the Furniture Mart (which Twitter would occupy), the Workers Compensation building also near 9th and Market, and the PUC building adjacent to Trinity Plaza (Workers Comp is leaving the city while the PUC will relocate to its new building on Golden Gate and Polk no later than 2012).

In addition, a third of the tall green building at 995 Market is reportedly vacant since the AIDS Foundation moved out, and the bright blue office building between 6th and 7th streets was largely vacant for several years before Bay Area Legal Aid recently moved in.

Market Street needs a strategy to attract office tenants to replace those who are departing. Twitter moving to 9th and Market could certainly encourage other high-tech companies to relocate to the area, bringing new consumers to nearby restaurants, bars, and other businesses.

Among the businesses that would benefit from the payroll tax exemption is Burning Man. I mention this because Bay Guardian founder Bruce Brugmann wrote last week that “under the Twitter proposal, big companies with big payrolls would get a break and small businesses would get nothing. (Black Rock LLC, which runs Burning Man, is also looking at space in Mid-Market, and the city’s not offering that outfit – which employs 30 people and has an annual payroll of $3 million – any tax breaks.)”

Brugmann’s assertion was false under any version of the payroll tax plan, which never sought just to benefit Twitter. But now that Burning Man supports the exemption legislation and publicly backs it, he should drop his opposition and back the measure.

A Boost for Uptown Tenderloin

The Uptown Tenderloin does not have huge vacant office buildings available, but the neighborhood does have multiple sites that the payroll tax exemption will help attract quality businesses.

These include the vacant restaurant building that long housed Original Joe’s, the proposed supermarket at Eddy & Taylor, a restaurant/café planned for the corner of Ellis and Leavenworth upon the completion of the renovation of the Arlington Hotel, over 10,000 square feet of vacant office space plus ground floor retail at the corner of Golden Gate and Leavenworth, the Dollhouse on Lower Turk which is projected to become a theater, long vacant commercial spaces at 111 Taylor and a future structure at the corner of Turk & Hyde, which is currently a parking lot.

Restaurants in Little Saigon and other parts of the Uptown Tenderloin might not be expanding in order to stay below the current $250,000 annual limit for payroll exemptions, so now they can add employees and longer hours without this concern.

Among the boosts the payroll tax exemption will bring to the Uptown Tenderloin is psychological. Many prospective business operators never even look at spaces in the neighborhood, despite the success of so many of our bars and restaurants. Now those planning on opening yet another restaurant on Valencia Street may think twice and first check out a neighborhood they never previously considered.

Mid-Market and the Uptown Tenderloin did not experience economic revitalization from 1996-2005, when much of the rest of the city boomed. Extra help is needed, and offering payroll tax exemptions to attract new businesses, and to facilitate expansion of existing ones, is critical

A tax break that encourages new hiring, does not reduce the General Fund, and which brings businesses to low-income neighborhoods that need this incentive, is a progressive economic strategy. Unlike tax abatement programs that encourage relocation within a city, do not reward new hiring, or reduce companies’ existing obligations, the Kim-Chiu-Lee measure adds to the city’s revenue stream.

For far too long, the San Francisco Chamber of Commerce and its allies have portrayed progressive Supervisors as “anti-business.” And regardless of the accuracy of this perception, even small businesses complain that they never get help from City Hall.

The proposed payroll tax exemption for net new hires explodes these perceptions, and is a game changer. It is part of the progressive business and economic development strategy that San Francisco needs, and also shows that a new Supervisor, a new Mayor, and a collaborative Board President can work together to get good things done.

Twitter sparked the drive for payroll tax exemptions in Mid-Market and the Uptown Tenderloin, and the company would be an outstanding addition to Market Street. But if it drives too hard a bargain and chooses to move to Brisbane, this legislation should move forward regardless.