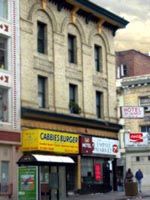 A hearing held yesterday by the Board of Supervisor’s Land Use Committee proved a vital need for immediately and significantly addressing San Francisco’s severe housing crisis. Convened by Supervisor Sophie Maxwell, the hearing gave members of the public an opportunity to voice their concerns on a variety of housing-related topics. Most importantly, the hearing sought to discover how well the City is meeting the housing needs of its population. The overwhelming response: it’s not even close.

The hearing began with Maxwell detailing the need for such a hearing as housing prices continue to skyrocket and the amount of affordable units dwindles. The committee expressed their desire to seek real solutions to these problems, as both trends are increasingly forcing many low income and working class San Franciscans out of the city.

While no concrete answers to these problems were outlined at the hearing, the event did serve well as a way to locate the problems. Perhaps the most obvious crisis came during Mayor’s Office of Housing chief Matt Franklin’s presentation on how the city is addressing its residents’ housing needs.

Franklin’s data revealed that 40 percent of San Franciscans are low or very low income. Yet of the more than 20,000 new housing units in the pipeline to be built, only 15 percent of them will be affordable, revealing a massive disparity between need and reality.

Several members of the public underscored this disparity, as well as the disparity between the city’s definition of ‘affordable’ and what is truly affordable to more San Franciscans. The current inclusionary housing law requires developers include a certain percentage of ‘affordable’ housing, meaning 60 percent of Annual Median Income (AMI) for rental housing and 100 percent AMI for ownership housing.

Yet in terms of rental housing, this translates into more than double the $30,000-$40,000 a year most low-income residents make, and puts ownership housing well out of their reach. Not only that, but most of the proposed new housing will be ownership rather than rental housing.

“Because of the majority of new housing being market-rate housing for ownership,” said April Veneracion, a community organizer for the South of Market Community Action Network, “I think a lot of the families and seniors are being left out of the picture, making the inclusionary housing law all the more important.”

A wide variety of other constituents spoke out at the hearing, including real estate interests advocating for more ownership housing being built, Section 8 advocates pushing for a city-wide plan to deal with displaced tenants due to the demise of their program, and opponents to tenancies-in-common conversions. In addition, many activists wanting more housing for seniors spoke at the hearing.

Another major point made by several people at the hearing involved preserving already existing affordable housing. They argued that providing housing for the homeless, which Newsom has made his primary goal during his administration, should be a top priority. But they also argued that ensuring people don’t become homeless in the first place should as well.

“In the Mission, we’re in a battle every day to preserve our affordable housing,” said Eric Quesada of the Mission Anti-Displacement Coalition.