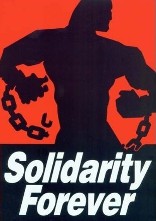 Wage Theft: Truth or Consequences – Dick Lee Pastry in Chinatown was recently forced to pay back wages and penalties to its workers, amounting to more than half a million bucks, for violating numerous wage laws, including making employees work 11-hour days, six days a week, for under $4 an hour. Thanks go to the Chinese Progressive Association, which organized workers to blow the whistle, and to City Attorney Dennis Herrera for suing these scofflaws (putting it politely).

Herrera also made the news not long ago for targeting more than 50 restaurant owners for adding “health care surcharges” to diners’ bills, and then allegedly pocketing the money, rather than use it to provide medical care to their dishwashers, cooks and servers. One restaurant, Patxi’s Chicago Pizza, has already agreed to a $320,000 settlement, although the company turned around the next day and claimed that it was all an “unfortunate clerical error.”

Our irrepressible Assemblyman Tom Ammiano was quoted saying, “Where I come from it’s larceny. But at least it’s coming to light and there will be consequences for these business owners.”

Wage thieves and law-enforcers alike should check out the consequences in other municipalities around the country. The city of Chicago passed an ordinance in January that provides for the revocation of a company’s business license if they are found guilty of wage theft. That’s my kind of town. And in New York, a contractor at John F. Kennedy airport was arrested for wage theft and could face as much as 15 years in prison. Prosecutions like that could give even Attica a good name…

Golfing in Pleasanton – In other good news, workers at the Castlewood Country Club ratified a settlement in their marathon three-year war with the luxury golf club. The workers there had been locked out in early 2010, after refusing to agree to pay $739 a month for health care, payments that would have amounted to over 40% of the average worker’s wage. In response to the lockout, workers picketed the club every day and staged numerous rallies. That kind of persistence paid off when the National Labor Relations Board (NLRB), somewhat uncharacteristically, found the lockout illegal and ordered Castlewood managers to put the workers back to work. That broke the bargaining logjam, which led to the current settlement. UNITE HERE Local 2850, which represents the workers, is promising a “campaign celebration…”

An Injury to One is an Injury to All – The workers at the Berkeley Ecology Center, the ones who pick up trash to be recycled, have also ratified a new contract. The fightback involved a boisterous demonstration at the center’s Gilman Street yard in January, and some rough negotiations, but the workers found that sweet spot in the end. These workers are represented by none other than the Industrial Workers of the World (IWW). The IWW also represents the workers at the Ecology Center’s buyback yard. The buyback contract is up next…

Flying High in Oakland – The fight at the Oakland Airport goes on. This battle involves both concession workers, represented by Local 2850, and non-Union workers seeking fair play and the right to organize. The Local 2850 workers took a strike vote in November, walked out in support of striking Service Employees International Union (SEIU) workers during Thanksgiving week, and staged a noisy picket line inside the airport terminal in January that turned a few heads.

The Oakland Airport is run by the Oakland Port authority. The Port recently ruled that Subway, which is not yet unionized, had illegally fired Hakima Arhab for filing a complaint about her bosses’ failure to abide by the Port’s living wage law. The Port ordered Subway to pay Arhab her lost wages, but inexplicably did not order the company to put her back to work. Needless to say, Arhab is appealing that cuckoo decision, with the aid and support of Local 2850…

Hyatt Feeds Workers with Dogs’ Leftovers – Guests at a January banquet at the Hyatt Burlingame brought their dogs and hundreds of pounds of hot dogs to feed them. After the party, the Hyatt chopped up the leftover hot dogs and put them into macaroni and fried rice that was served in the workers’ cafeteria. Anybody remember the mutiny that started on the Battleship Potemkin when the sailors were fed rotten meat? The Hyatt Burlingame workers took a strike vote in February and voted 95% in favor of giving UNITE HERE Local 2 the right to call a strike at any time…

Hyatt to join Obama’s cabinet? – The New York Times reports that Penny Pritzker, an heiress to the Hyatt family fortune, is a “leading candidate” to be appointed by President Barack Obama to become his Secretary of Commerce. If that happens, it will be dog food for all of us. Pritzker raised $750 million for Obama’s 2008 campaign, plus millions more in 2012. Greg Palast nailed this story in a recent Truthout article, “Billionaire Banker Bandit Likely to Become Next Commerce Secretary…”

The opinions expressed in this article belong solely to Marc Norton. According to Norton, “It is unclear if my opinions are shared by anyone else at all.” Norton has been a rank-and-file member of UNITE HERE Local 2, the San Francisco hotel and restaurant workers union, since 1976. He is also a member of the Industrial Workers of the World (IWW). His website is www.MarcNorton.us.