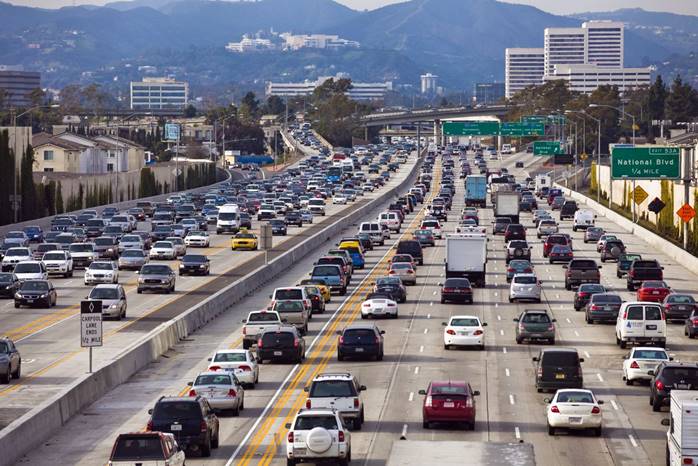 If there is one statistic that can explain Los Angeles’ devastating housing crisis, it’s the following: 75 percent of the city is zoned for luxury housing only.

These luxury units have a median listing price of $859,000, which is over 10 times what the median household earns each year. They are, on average, about 1,800 square feet and are required by law to have an equal amount of space surrounding them rendered uninhabitable. On top of all this, these luxury units require the purchase of expensive private transportation–which costs the average American about $8,500 annually.

You won’t find these luxury units in a downtown high-rise, a former warehouse in the Arts District or in a newly constructed Venice condo complex. That’s because these luxury units–which are by far the most expensive housing units in the city–often go by a more common name, detached single-family homes. And by restricting construction to just these luxury units in all but 25 percent of the city, Los Angeles city government has enshrined our homelessness, displacement and affordability crises into law.

At the root of our city’s housing emergency is a simple incongruity in how we decide who gets to build what and where. While the lack of housing affects everyone in the LA region, the current decision making process gives an outsized vote to the small minority who live adjacent to a project’s proposed site.

These local homeowners–who are on average richer and whiter than the city as a whole–can torpedo any desperately needed new housing with vague concerns of “neighborhood character.”  Because the entire city, by definition, falls in somebody’s “back yard,” a political process that bows subserviently to this pervasive “Not In My Back Yard” sentiment is an effective veto on any new housing anywhere.

The effects of this are clear–statewide, the nonpartisan Legislative Analyst’s Office estimates that California’s dithering on new home construction between 1980 and 2010 resulted in a one-million unit deficit between new residents and available housing.

The motivations of these exclusionary-minded homeowners in opposing new construction are obvious. Why, if you own a scarce asset, would you want to invite any competition that would threaten the gigantic payday you’re expecting when you finally decide to sell? As for the rest of the city–all the people forced out of their communities due to rising prices, the environmental and human degradation caused by “super commuters” and the three homeless people who die on LA streets every day–the unspoken subtext of NIMBYism could not be clearer—”screw you, I got mine.”

Fortunately, there is a way out of LA’s housing mess. SB 50, a revised version of which is being announced in Oakland today, makes the important first step of realigning the planning process to recognize what housing truly is–a community asset, not a neighborhood problem.

The bill would remove NIMBY impediments to new construction near mass transit, where the dense housing would provide the new ridership needed for thriving alternatives to passenger vehicles–the largest single source of greenhouse gas emissions in California. It would also allow for construction in jobs-rich areas, allowing people to live closer to where they work and reducing both commute times and vehicle emissions. Finally, SB 50 would include affordability requirements in new construction, providing housing for Angelenos, and Californians, of all income levels.

Right now, SB 50 has until the end of January to pass the state Senate,  where it was unceremoniously put on hold by the Appropriations Committee chair Senator Anthony Portantino last year, (Portantino’s own solution to the state’s housing crisis is the issuing of commemorative license plates.) It’s crucial that we all lean on our elected officials to make sure SB 50 passes the Senate and goes on to the Assembly, where a vote would occur later this year.

Stan Oklobdzija is the Press Outreach Manager for Abundant Housing LA, a nonprofit group dedicated to fighting for a more equitable and affordable Los Angeles. He is also a Postdoctoral Research Fellow at Claremont McKenna College, where he teaches Public Policy.