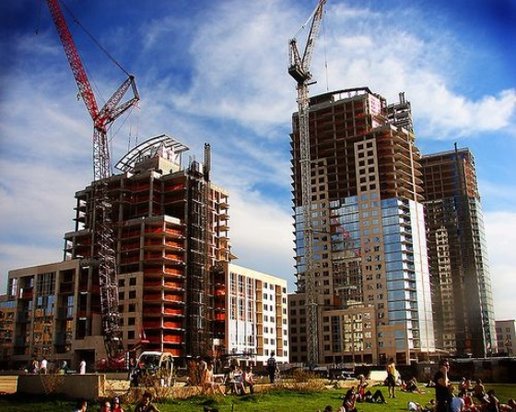 I usually agree with NY Times columnist Paul Krugman, but he is surprisingly misinformed on the causes and solutions to urban gentrification. A case in point is his November 30 column (“Inequality and the City”) blaming “land use restrictions” for promoting gentrification and identifying the solution as “increasing the housing supply.”

Krugman surely knows that “the 90%” he wants to keep in New York City do not benefit from newly built housing they cannot afford.  Most of these households need below-market housing that is subsidized by government and/or private developers, a solution barely referenced in his column.

While many dispute whether increasing market rate housing reduces rents for the non-wealthy by increasing supply,  there is a near consensus that new construction must be coupled with stringent tenant protections and more subsidized housing to forestall gentrification. Krugman misses this latter point.

Krugman’s blaming of land use restrictions for rising housing costs in urban America is also misplaced.  Restrictions that limit rental housing and keep tenants out of neighborhoods and entire cities are clearly a cause of the nation’s housing crisis, but such policies are not what ails New York City or other major urban areas.

To the contrary, New York City is a case study for how loosening land use restrictions promotes gentrification. That’s because allowing thirty-story condo towers in formerly low-rise neighborhoods like Williamsburg rapidly expedited the gentrification process. This new housing, like most of that built after the Bloomberg Administration’s rapid rezoning of 35% of the city, did not serve “the 90%” and instead contributed to the city’s rising homelessness and increased displacement.

Land use restrictions are actually among the most critical tools for slowing or stopping gentrification.

In my new book, The Tenderloin: Sex, Crime and Resistance in the Heart of San Francisco, I show how San Francisco’s still primarily low-income Tenderloin neighborhood avoided gentrification despite being surrounded by neighborhoods and a city of dramatically increased wealth. A key factor in this outcome was the enactment of tough land use restrictions that deterred upscale uses.

These restrictions included a 1985 rezoning that brought height limits down from over 40 stories to eight in much of the Tenderloin and thirteen on the borders. The rezoning also banned non-residential uses above the second floor, and barred new tourist hotels.

Since a major component of the Tenderloin’s housing stock is SRO hotels, the Tenderloin also was part of an effort to pass citywide restrictions on their conversion or demolition. These tough land use restrictions imposed on the SRO industry helped stop, rather than facilitate, the neighborhood’s gentrification.

Similarly, San Francisco’s rent control and just cause eviction laws are a leading bulwark against gentrification both in the Tenderloin and in other neighborhoods. While state law preempts the city’s ability to restrict rents on vacant apartments, local controls are extremely effective at keeping tenants in large buildings in place.

Krugman famously opposes rent control laws, calling San Francisco’s then much weaker law in 2000 “draconian.” Having long failed to recognize that rent control is essential to stop tenant displacement in potentially gentrifying neighborhoods, Krugman still believes that the housing crisis is caused by land use regulations suppressing supply rather than an unrestricted market leaving housing unaffordable for most.

Gentrification is most effectively resisted when nonprofit organizations provide housing that is off the speculative i.e. unrestricted private market. This is one of the factors that distinguishes San Francisco’s Tenderloin, which has roughly a third of its units off the speculative market, from the nearby Mission District, which failed to match the Tenderloin’s aggressive acquisition of nonprofit housing sites.

This omission may be even more unfortunate than Krugman’s erroneously blaming land use restrictions for growing urban inequality. Because if there is one feature lacking in today’s seemingly saturated media landscape, it’s a national columnist or reporter promoting affordable housing.

Housing is as far off the national stage as ever before. It’s been ignored in both parties’ presidential debates and even Democratic Governor Jerry Brown this fall in the bluest of states vetoed the legislature’s major housing funding bill. To have someone with Paul Krugman’s national stature be a voice for increased state and federal housing funding could make a huge difference in returning the housing crisis to the nation’s agenda.

Krugman ended his November 30 column by saying he would revisit the issue. Let’s hope he does, and next time gets the ingredients necessary to keep longterm urban residents in their neighborhoods right.

Randy Shaw is Editor of Beyond Chron and Director of San Francisco’s Tenderloin Housing Clinic.