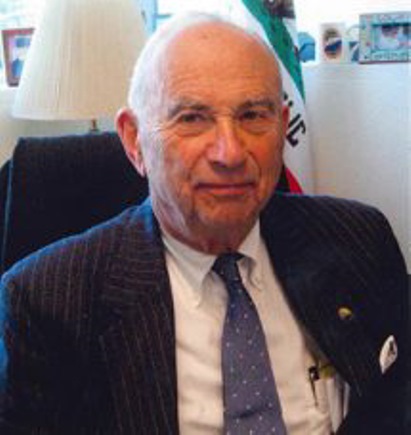 Ethics Commissioner and longtime anti-nonprofit zealot Quentin Kopp has a new scheme: he effectively wants to exclude nonprofit workers from city commissions. As reported by the SF Examiner’s Joe Fitz Rodriquez, Kopp plans to introduce legislation “to bar service on a city commission of anyone whose salary or independent contract income is derived partially, or fully, from entities or individuals with applications for permits.”

Kopp’s ire was aroused by Planning Commissioner Christine Johnson, who also serves as SPUR’s San Francisco director, voting to approve an environmental impact report for a developer that donated to SPUR. Johnson got City Attorney approval to cast the vote, but will soon be leaving the Commission to avoid future charges of conflict.

If you don’t understand the implications of Kopp’s plan, it may sound obvious. After all, why should people vote on projects where they have a financial interest? But what Kopp’s plan would do is effectively block most qualified nonprofit workers from serving on San Francisco commissions. And it opens up a Pandora’s Box of potential ethics violations for nonprofit workers who do choose to serve should Kopp’s measure become law.

During Willie Brown’s mayoralty, voters passed a law (Prop Q) saying city funds could not be used for ballot measures. That’s why nonprofits are looking for non-city funding sources for campaign work, which became an issue recently under legislation backed by Supervisor Mark Farrell that failed at the Board.

Many nonprofit workers get some of their salary in unrestricted funds so they can work on initiatives.  And if Kopp’s bill passed, we would have an endless series of witch hunts into how nonprofit workers sitting on commissions are funded.

Let’s look at former Planning Commission President Cindy Wu. I don’t know how she was paid when she served on the commission but assume some portion of her salary was in unrestricted funds. Her employer, CCDC, has large fundraising dinners where a small number of developers make donations.

It would be very easy to prove that Wu’s salary was not connected to such donations. But political opponents of Wu or future nonprofit workers on commissions would demand audits, investigations etc. to examine how the nonprofit employer is allocating funds. Dinner and event proceeds would have to be segregated by whether the donor has any activity in front of any commission where the nonprofit employee sits.

It would get so complicated that nonprofits would tell workers not to sit on Commissions. Which likely is Kopp’s goal.

Meanwhile, Kopp’s bill still allows politicians to vote on behalf of major campaign donors. It still allows commissioners in for-profit businesses to vote to benefit their specific industries, so long as not their own employer.

The only practical impact of Kopp’s bill will be to ban nonprofit workers from city commissions. And like Kopp’s onetime opposition to domestic partners legislation, that is a truly bad idea.