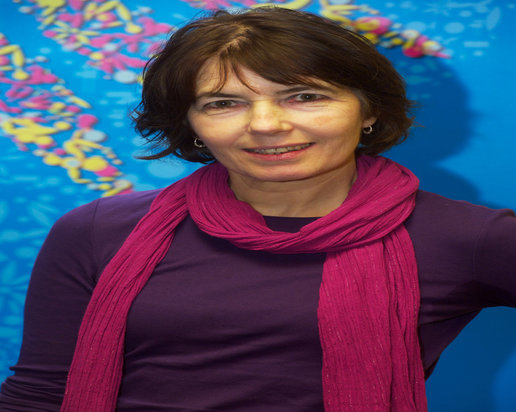 Women finding day-to-day solutions to sociopolitical systems stacked against them were the main subjects of Longinotto’s body of work.  Two Cameroonian female barristers used the court system to help women fight spousal abuse cases (Sisters in Law).  Living a socially and unapologetically unconventional life was the path taken by the Japanese avant garde performer profiled in Eat the Kimono.  Kenyan women educated fellow countrymen to reverse their country’s traumatic tradition of female circumcision (The Day I Will Never Forget).

More aggressive politically oriented viewers may take issue with Longinotto’s celebrating an individualized approach to social change.  Yet in the settings of Longinotto’s documentaries, the infrastructure or even a critical social mass for challenging the injustices depicted didn’t always exist.  Also, should present-day injustice be tolerated for the long-shot sake of generating mass change?   Longinotto’s subjects said no in their individual ways.

Political passivity didn’t describe the observational camera Longinotto employed in her films.   Her camera acted as both a witness to her subjects’ struggles and a partner in recognizing her film subjects’ agency in shaping their stories.

The filmmaker explained some of her beliefs at the SFIFF Persistence of Vision program.  Longinotto’s attitude surprised this writer when she stepped out to receive her award.  Instead of displaying emotional hardening by the difficult realities she’d traveled the world filming, this affably modest older woman displayed a ready smile.  The way a theater spotlight raised sparkles on her award amused her.

Noted film scholar B. Ruby Rich conducted the post-award conversation with the filmmaker.  It turned out Rich was a long-time admirer of Longinotto’s work.  All it took was Rich’s question about the Persistence of Vision award winner’s documentary Pride of Place to release a free-flowing river of thought and anecdote from the filmmaker.

Longinotto’s story behind Pride of Place did a lot to explain the filmmaker’s fascination with rebels in powerless situations.  What she called her “first and only revenge film” was a portrait of the Buckinghamshire boarding school she had been sent to as a teen.  Her unhappy experience could be summarized as a mix of an alienating sense that she was “constantly in the wrong place” and constant classist messaging about not having to mix with the “lower sorts.”   Unsurprisingly, at age 17 the filmmaker ran away from the old, isolated castle that housed her school.  When Longinotto returned to make Pride of Place, her emotionally abusive teachers had forgotten who she was.

The resulting film let the school’s arbitrary rules and punishments plus its torturous food speak for themselves.  Schoolgirls who saw the film gave Longinotto secret smiles for her validation of their suspicions of boarding school’s ridiculousness.  On the other hand, the filmmaker’s parents and the teachers she filmed were less than amused.   Longinotto didn’t mention at the SFIFF event that her old Buckinghamshire boarding school closed down a year after Pride of Place’s release.

Since that 1976 film was made, Longinotto had gone to Japan, Iran, South Africa, and now America for the first time to make documentaries.  The secret to obtaining the degree of access captured in her films was letting her subjects know that she’s fully attentive to their opinions.  The Shinjuku boys, for example, had been burned by interviews which basically ridiculed them.  Discussing with her subjects the type of film she wanted to make also helped smooth the waters.  That resulting level of trust led in Rough Aunties to the filming of the sensitive moment of a child’s funeral.

Longinotto’s success was not a solo act.  Collaborators, principally her film editor, offered candid feedback during the making of her films.  The editor may criticize a cutaway from a scene.  Alternately, he may be affected by particularly disturbing film footage.

One such disturbing moment arrived in Dreamcatcher, the Sundance Film Festival award-winner which the SFIFF had scheduled in conjunction with Longinotto’s award.   In it, subject Brenda Myers-Powell drew out an at-risk girl to publicly talk about her first sexual assault.  That girl’s confession led others in her group to share stories of the sometimes very young ages at which their own violations took place.   Myers-Powell refreshingly didn’t blame these girls for letting their sexual assaults happen.

Dreamcatcher referred to the name of the foundation founded by Myers-Powell.  Metaphorically, it also referenced her role in the lives of the girls she advises.  This former prostitute with a quarter century’s worth of experience of life on the street now dedicated her life to steering at-risk youth away from the dangers of sexual exploitation.  Longinotto at first was initially reluctant to do a film about Myers-Powell because her story made her sound too much like a victim.  It took seeing footage of the ex-sex worker in action that convinced the filmmaker to change her mind.

The resulting film didn’t take an aggressively confrontational stance towards the pressures that forced women into sex work.  What it did do very well was capture how Myers-Powell applied her own sex work experience in respectfully mentoring the at-risk girls she and her foundation reached.  By giving Myers-Powell’s clientele agency to navigate their way past the dangers of the street, perhaps they can envision a future bigger than their current circumstances allow.

(Dreamcatcher will be broadcast at some point in the future on the Showtime cable channel.)