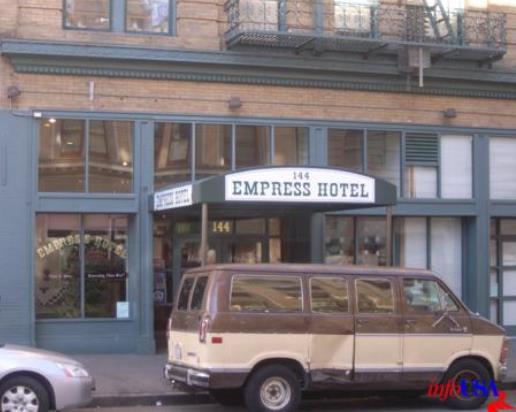 A Board of Supervisor hearing on June 23 sought to clarify the growing problem of elevator access in SRO hotels. Around two dozen seniors and people with disabilities spoke at the hearing, many coming from the  Senior and Disability Action and the CCSRO Collaborative. They told stories of the poor and often nonfunctioning elevators at SROs across the city.

Supervisor Jane Kim, sponsor of the hearing, spoke about the countless stories of tenants, many from her District 6, that have been stuck in their rooms without access to medical services and food because of a broken elevator.

“We’ve heard the stories from residents who’ve talked about being prisoners in their own home,”  Kim said, “missing medical appointments, being terrified to leave the house, being stranded downstairs unable to get back to their apartment.”

The issue is about “life or death,” Kim said.

While the city does not own many SROs, they often place residents into these hotels, contract with them, and provide grants and other services to them. Kim said, because of this relationship, the city must be held accountable to making sure elevator upgrades and repairs happen.

“There’s much more the city can do and must do, and we can’t wait for a tragedy to strike to take action,” Kim said.

The Department of Building Inspection, Department of Public Health, and the Mayor’s Office on Disability spoke about the various bureaucratic hurdles and financial difficulties confronting SRO property owners. While most SRO’s would benefit from new elevators, there are many actions short of replacement that can improve service.

“The solution has to be a combination of a number of different parties,” Kim said.

SROs remain a vital source of affordable housing in the city, and those in attendance at the hearing spoke of the needs to make such units more accessible.

“SROs provide affordable housing for a significant number of people in San Francisco who are older adults or people living with disabilities,” Carla Johnson, Director of the Mayor’s Office on Disability, said. “And there’s not near enough housing in San Francisco that is both affordable and accessible.”

Still, questions were raised by the various city departments about the viability, mostly financially, of renovating all the SROs in the city.

The cost for each elevator upgrade would begin at $300,000 and go up to nearly $1 million. Additional concerns were raised about the inability of many buildings to expand shaft sizes, which would add more costs because of seismic concerns and possibly remove units in doing so.

There is also the problem of having to relocate tenants with mobility issues outside the building while a new elevator is installed. This is what is occurring at the Empress Hotel at 144 Eddy Street, which is leased by the city’s Health Department and managed by DISH. DISH  not only had to relocate tenants but also to keep units vacant for months, not a great option in a city whose large homeless population desperately needs housing. This lost rental revenue adds to the costs of installing a new elevator.

New elevators can also require an electrical upgrade involving a new transformer installed in the street. PG&E has a long wait time for providing transformers, and the cost is steep.

In addition, bureaucratic limits were brought up as it was noted that the Occupational Safety and Health Administration has the ability to determine, in their own assessment, if a building would be impossible to even undergo a renovation of replacement of elevators. In that case, residents would never be able to have accessibility to their own homes.

While concerns were repeatedly brought up, Kim pressed for solutions, and work done by groups like Senior and Disability Action have highlighted the importance for the everyday lives of SRO tenants living without access to working elevators.

Robles spoke to the difficulties of funding for such projects and other financial incentives, but noted “the incentive enough would be to improving the quality of life of people that are living in SROs who are paying a majority of their income in rent.”

“[I’m] really looking forward to working with all the departments, advocates and tenants, making sure we find these real solutions because we know it impacts the lives and the health and safety of our residents,” Kim said.