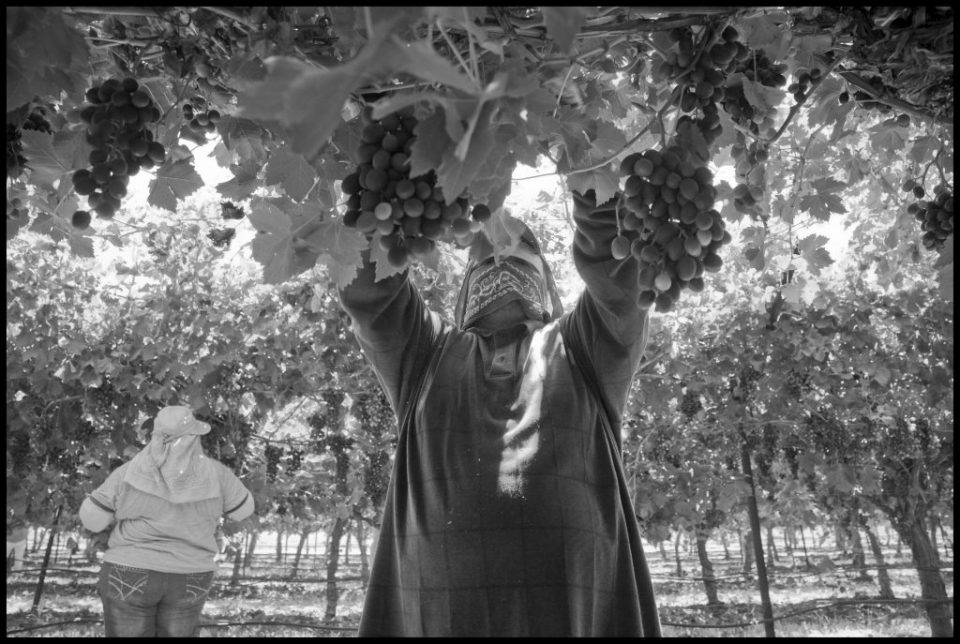 (Editor’s Note: The Assembly passed the overtime bill on August 29)

As Assembly Bill 1066, which would grant overtime pay to California farm workers, heads for a vote in the Assembly, farm workers and faith and civil rights groups are fighting for the votes needed to pass it. In June similar legislation, Assembly Bill 2757, failed when 14 Democrats either voted no, or failed to vote at all — the functional equivalent of a no vote.

On Tuesday, activists and workers mounted human billboards around the offices of two Assemblymembers — Tom Daly in Anaheim and Evan Low in Cupertino. On Wednesday the billboarders’ target was Adrin Nazarian in Van Nuys. In the June vote Low voted no, while Daly and Nazarian were no-shows.

California growers had a gross income of $54 billion in 2014, giving them significant political clout and complicating the task of corralling the Democratic votes needed to pass the overtime legislation. Farm workers, on the other hand, have a median income just above $14,000, and 80 percent are immigrants.

Nazarian’s vote has been particularly controversial. He represents the 44th Assembly District, whose residents are 44 percent Latino. In his reelection fight, he faces an ESL teacher and immigration attorney, Angela Rupert, who has attacked him for not supporting farm worker overtime in June.

In recent weeks both Jewish and African-American groups have sought to win over reluctant Democrats. Referring to the New Deal-era labor law that exempted agricultural workers from federal protections, Rabbi Aryeh Cohen called their exclusion from overtime provisions that cover other workers “a last vestige of this racist holdover” in an article in the Jewish Journal. Alice A. Huffman, president of the California State Conference of the National Association for the Advancement of Colored People (NAACP), wrote a letter to legislators declaring, “for the last 78 years California has failed to bring equality in our workforce. This can no longer be justified or tolerated.”

This week the Assembly passed a similar overtime bill for domestic workers, making the Domestic Workers Bill of Rights a permanent law. It replaces a previous measure that expired after three years. The bill is now on Governor Jerry Brown’s desk. Whether the farm worker bill also goes before Brown will likely come down to the votes of a handful of Assembly Democrats.