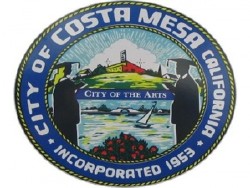 An Orange County Superior Court Judge granted an injunction on Friday against the City of Costa Mesa – preventing 213 city employees from losing their jobs. In a political move to bust unions and reward their corporate donors, the all-Republican City Council voted in March to outsource half the City employees to private contractors – giving these workers six-month layoff notices. The action prompted one City employee to commit suicide, but the workers have built a broad coalition in recent months to fight back. And last week, these workers got a temporary reprieve – as a Judge granted their preliminary injunction to block the 213 layoffs, which means they will not be out of work in September. Having been willing to negotiate their benefits to accommodate tough budget times, this injunction now allows Costa Mesa employees to bargain with the City Council – without the looming threat of pink slips.

What we’re seeing in Costa Mesa is exactly what happened in Wisconsin – Republican politicians, emboldened by the 2010 elections, have sought to enact revenge on public employee unions. And just like Wisconsin, they argued it was due to budget constraints.

But the City Council never even commissioned a study – and four months later, still have not – as to whether contracting out city services to private companies would save money. They simply voted to lay off half their workforce, knowing it would weaken the unions. Whether it will cost more for the City was irrelevant, because it would help their friends.

And just like Wisconsin, Costa Mesa city employees were willing to make concessions. As Nick Berardino of the Orange County Employees Association told a columnist for the Los Angeles Times, they were willing to talk about tinkering with the sick leave policy, limiting paid holidays, increasing employee contributions to pensions, raising the retirement age and even offering hybrid retirement plans that include 401(k) plans. But, of course, not under the threat of 213 pink slips.

At least now with the Court’s decision, the workers’ jobs are safe – and it opens space for good-faith discussions on how Costa Mesa can make real budget savings. “This is a positive outcome, but it is only one step toward holding the City Council accountable,” OCEA Communications Director Jennifer Muir said. “It will prevent the City from laying off employees to outsource to the private sector. At least temporarily, it removes a dark cloud from over the heads of City employees, their families, and the entire community.”

But of course, this was never about the budget. Republicans know that California is a deep-blue state, and they could never get away with doing what Scott Walker did in Wisconsin at the state level. So they’ve been doing it at the local level – starting in conservative bastions like Orange County, and hoping they can then succeed elsewhere. But even in conservative Orange County, they’re learning they can’t get away with it.

Here in San Francisco, some of our liberal friends have scoffed at recent right-wing efforts in Riverside County to have Southern California secede from the state – and have openly wondered why that’s bad. Without conservative counties, they argue, we could break the budget deadlock in Sacramento – and allow Northern California to govern with progressive policies that are more in line with what we want.

But then, I look at the struggling city employees in Costa Mesa – who are fighting their local City Council, and doing the tough work of building a coalition in their community to save their jobs. And I wonder, should we let “red” California secede – and leave our union brothers and sisters fighting for themselves behind the Orange Curtain? They need all of the help they can get, and Northern California shouldn’t just let them go …