Joseph Maroon, Doctor for NFL and WWE, Has It Every Which Way on Concussions 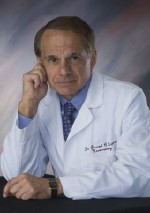 With the Pittsburgh Steelers about to open their playoff schedule Saturday in quest of a franchise record-extending seventh Super Bowl title, one of their long-time team physicians, University of Pittsburgh Medical Center neurosurgeon Joseph Maroon, is under heightened scrutiny for his role in the National Football League’s increasingly visible concussion issue. It’s a role best described as some undetermined compound of “part of the problem” and “part of the solution.”

Last week Senator Tom Udall of New Mexico called for a Federal Trade Commission probe of Riddell helmets, an official NFL supplier, for the company’s consumer-product claim of a new design promising to decrease concussions by 31 percent. That number was based on a research paper co-authored by Dr. Maroon and commissioned by Riddell. Maroon told the New York Times that Riddell advertising overreached from a limited sample of his results, which require further testing.

Thank goodness elected officials are beginning to put heat on doctors like Maroon, who in turn are starting to distance themselves from the corporations paying their medical and scientific consultancies. Maroon’s full history – with World Wrestling Entertainment as well as with the Steelers and the NFL – suggests Senator Udall and others may be just warming up.

Maroon is a member of the NFL’s concussion policy committee, which came under withering criticism by the House Judiciary Committee for lax research and questionable ethics during the emergence of awareness of the serial-concussion syndrome experts are calling Chronic Traumatic Encephelopathy. The league responded last year by booting its policy committee chairs and installing new ones. (Maroon, not a chairman, remains a committee member.)

But even before CTE became part of the general public discussion of safety in football, hockey, and other sports, Maroon had been parroting passive and misleading company lines on concussions.

In his groundbreaking 2006 book Head Games, Chris Nowinski, founder of Boston’s Sports Legacy Institute, told of how Maroon led the chorus of the NFL’s attempts to pooh-pooh the early findings of CTE in the brains of prematurely dead ex-Steelers Mike Webster and Terry Long.

In an example of what seems to pass for the corporate physician’s Hippocratic Oath, Maroon attacked the “fallacious reasoning” of CTE research pioneer Dr. Bennet Omalu (a forensic pathologist who is now chief medical examiner of San Joaquin County, California). Specifically, Maroon said, “I was the team neurosurgeon during Long’s entire tenure with the Steelers, and I still am. I re-checked my records; there was not one cerebral concussion documented in him during those entire seven years.”

Nowinski (a former WWE wrestler who had to retire from the ring due to his own cumulative brain trauma) proved Maroon dead-wrong: Omalu found in Long’s records a letter, written by Maroon, recommending that Long be given two weeks off following a concussion incident. (Thanks to Dustin Fink of the invaluable “Concussion Blog,” http://theconcussionblog.com, for this catch.)

In 2008 WWE named Maroon the company medical director – six months after Omalu’s study of the brain of wrestler Chris Benoit, who had killed his wife, their 7-year-old son, and himself, showed the tau protein accumulations associated with CTE. Still, Maroon said nothing while WWE performers continued to be scripted to bash each other over the head with steel chairs. In the wake of the Benoit tragedy, WWE owner Vince McMahon had told both CNN and Congressional investigators that “chair shots” were being banned, but the prohibition didn’t actually take effect until 2010 – by which point Vince’s wife Linda was spending $50 million of the family’s fortune in an unsuccessful campaign for a U.S. Senate seat in Connecticut. (An October 2008 chair-shot target, Lance Cade, would die of “heart failure” at age 29 three months before the election.)

Highly regarded in his field, Maroon has helped develop the imPACT concussion management program, a system of baseline neurological testing and protocols for determining when an athlete with a head injury is ready to return to action. Unfortunately, though, his WWE tenure is riddled with acts of commission and omission imperiling his reputation and legacy.

In 2008 Maroon met with Drs. Omalu and Julian Bailes at the West Virginia Brain Injury Research Institute for, among other things, a presentation of the Benoit brain study slides. Yet the next year, after Omalu and Bailes had also isolated CTE in the postmortem brain of another dead young WWE guy, Andrew Martin, the company told ESPN that it had “been asking to see the research and test results in the case of Mr. Benoit for years and has not been supplied with them.” In letters threatening me with a lawsuit for reporting this falsehood, WWE lawyer Jerry McDevitt has claimed that the ESPN statement meant that the company suspected a flawed “chain of custody” for the slides Omalu showed Maroon.

In January 2010 veteran WWE mid-card performer Charlie Haas suffered what an MRI revealed to be two herniated disks in his neck, and was advised to consider spinal fusion surgery. Haas told me that Dr. Maroon, without even personally examining him, contended that it was a mere “stinger” (relatively minor and temporary nerve irritation), and the company released him the next month. This chain of events contradicted the assertions of Vince and Linda McMahon that they take full care of their injured wrestlers, whom WWE classifies as independent contractors – a practice now under investigation by the Connecticut Department of Labor.

Last October Dr. Maroon told the Hartford Courant that WWE has “no talent now on steroids.” Mind-bogglingly incorrect, said Wrestling Observer Newsletter publisher Dave Meltzer: “There is absolutely no way anyone can say that given someone with money with access to designer steroids can take stuff that will get through testing. That would be as preposterous as someone saying that in any sport, well, actually more, because steroids are still more of a part of the wrestling culture than most sports.”

Maroon, who still participates in ironman triathalons despite being around 70 years old, is a proponent of the red-grape abstract resveratrol, and a partner in the company that licensed Harvard Medical School resveratrol research to a Pittsburgh company, Vinomis Labs, which markets a supplement called Vindure. The Vinomis website promotes Maroon’s latest book, The Longevity Factor.

It all adds up to a lot of hats – perhaps too many for truly independent evaluation of concussion management in sports and sports entertainment. Connecticut’s new senator, Richard Blumenthal, who defeated Linda McMahon in November, should join forces with Senator Udall in asking Joseph Maroon more questions and in working to imbue the gladiatorial spectacles of American popular culture with saner occupational health and safety standards.